‘Dial it back’ in the backcountry, say SAR groups

Challenging conditions persist across Sea to Sky following string of avalanches
Jan 7, 2021 7:00 AM By: Brandon Barrett 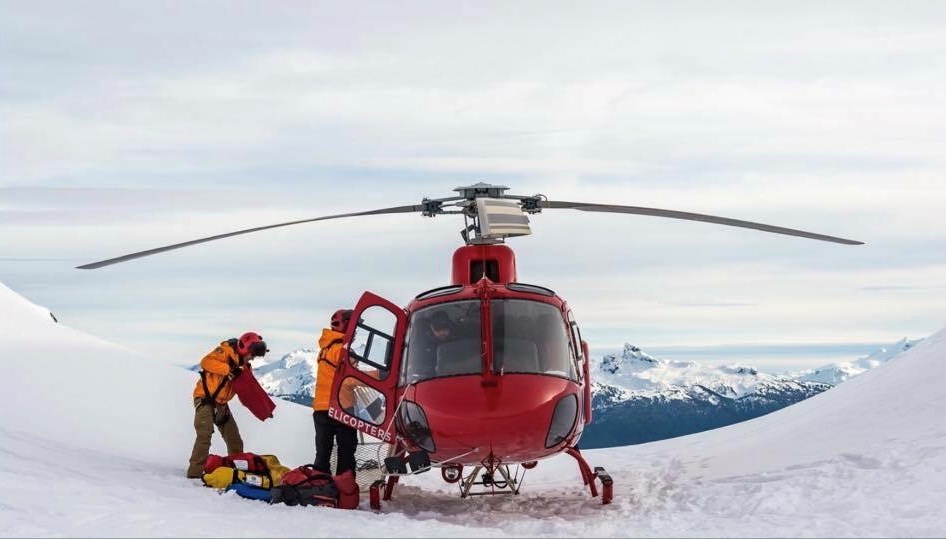 A confluence of factors, from tricky weather conditions to an influx of recreationalists in the backcountry, have prompted Sea to Sky avalanche forecasters and search-and-rescue groups to urge caution following a string of recent avalanches.

“There are so many variables—that’s the problem—and they’re always, constantly changing,” noted forecaster Wayne Flann, who mans a popular blog on avalanche conditions throughout the corridor.

A persistent weak snow layer buried below the surface continues to present challenges, Flann explained, and is contributing to the widely variable conditions that can be deceiving at first glance.

“There are almost infinite possibilities because when you look at the big picture, there is so much going on,” he added. “Surface hoar can form on one slope at a certain elevation, a certain aspect, and you can be just around the corner from where you were digging your pit, and you might not find that buried surface hoar layer. But go around the corner and you go skiing not far from where you just dug that pit and there could be a little buried surface hoar layer, and you could cause a slide.”

There have been a handful of what were thought to be human-triggered slides in the Sea to Sky over the past week or so, including one that ended in tragedy.

“People should really be dialing it back. It’s just that simple,” said Whistler Search and Rescue manager Brad Sills, in light of the current conditions.

On Monday, Dec. 28, an experienced local was caught in a Size 3 avalanche and briefly buried on Rainbow Mountain. Pro snowboarder Sean Miskiman wrote about the “eye-opening experience” on Instagram after he was one of several who helped dig the man out of the slide before search-and-rescue crews arrived.

“From the time we got [to] the scene to the time we cleared his airway it was about 3 minutes,” he wrote on Instagram. “It is SO important to have a crew who you can trust when you go out there.”

That same day, two experienced snow-bikers were caught in a slide on Mount Matier, near Pemberton, and found dead the following morning. The Squamish-Lillooet Regional District confirmed that one of the men was Graham Haywood, a senior project coordinator with the district, while loved ones have identified the other as 30-year-old Nick Bowker. The pair reportedly met through an online snow-biking forum and bonded over their shared passion for the sport.

Pemberton Search and Rescue (PSAR) president and search manager Peter Schimek said his crews are seeing “a whole bunch of [snow] activity near tree-line,” as was the case in the recent fatalities.

“It was kind of at tree-line in an area you wouldn’t expect a slide of that magnitude,” he explained. “It’s the same thing as always: you have to expect the unexpected. You can’t take it for granted that you’re in an area that’s not going to be a hazard to you. Nowhere is safe right now, is what I would say.”

Then, on Dec. 31, tragedy struck again when a skier died after falling into a tree well near the area of Brandywine Bowl, just south of Whistler. Police said the man, in his 30s, was skiing with friends through a treed area and appeared to have had “all the knowledge, skills, equipment, and receivers necessary” to stay safe.

Friends and family on social media identified the man as Max Vinegar, who is listed on his LinkedIn page as a local snowmobile guide and operations manager for a Vancouver-based company.

Sills stressed the importance of skiing in groups and keeping close contact, especially through treed areas.

“When we say ski together when you’re skiing the trees and there is tree-well danger, we mean eye contact all the time,” he said, before clearing up a common misconception about tree wells.

“It’s not necessarily that you ‘fall’ into tree wells; it’s that they actually grab you and pull you in. I don’t think that’s really understood,” Sills explained. “You may think you’re a safe distance away, but when you hit one, it just gives way and you cascade into the bottom of it. I was coming on my snowmobile [recently] and I got pulled into one right away—and I’m pretty observant.”

Local skier Joe Howard considers it lucky that he and a friend happened to be close by to a skier who fell in the area of Franz’s Meadows on Whistler Mountain on Monday, Jan. 4, before getting stuck dangling over a creek.

“I was pretty close, so I just sidestepped a few paces to where he was, handed him a pole so he had something to hang onto, and made sure he could get out quick, because snow was falling onto him so he was obviously panicking a bit, hearing water right below him and snow falling on him,” Howard said.

Given the rise of motorized snowsports, a trend that has only been accelerated by the pandemic, Sills wonders if it’s time to reconsider going out with larger groups when travelling through avalanche terrain.

“With the phenomenon of motorized recreation, we are learning all the time, because they can cover so much terrain, that maybe we have to start adjusting our thinking,” he said. “Maybe one buddy isn’t enough. Because of the amount of terrain you can gobble up, you need to have more than one set of eyes on you at any time.”

Search-and-rescue groups across the Pacific Northwest have warned of the anticipated spike in callouts this winter, with the pandemic pushing more people outdoors. Although PSAR has kept relatively quiet over the holidays until last week’s pair of incidents, Schimek has tracked, at least anecdotally, a noticeable increase in backcountry users over the entire winter, some seemingly less experienced than others.

“From some of the things I’ve heard from our members when they went out skiing and from what I’ve seen myself, is the people that are out there seem to be a lot less experienced as a whole than they probably should be or what I’ve seen in the past,” he said. “Everything that we’re seeing is bearing out what the prediction was for this winter. We’re already talking about what happens when we get our first bluebird day and what that’s going to look like.”

Environment Canada issued a snowfall warning for Whistler on Jan. 5, with 15 to 20 centimetres in the forecast.

According to Environment Canada data, the period between Dec. 29 and Jan. 3 marked the first time there have been six consecutive days of 10 cm of snow or more at the Whistler Roundhouse since Dec. 9 to 22, 2018, when there were 14 days in a row with a total of 367 cm accumulated over those days. The heaviest snowfall period overall was eight days between Nov. 14 and 21, 2009, in which 432 cm fell.

-with files from Dan Falloon