Delta police have released the identity of the victim of a targeted shooting in North Delta’s Scottsdale Centre mall area Saturday afternoon.
May 2, 2021 1:08 PM By: Ian Jacques 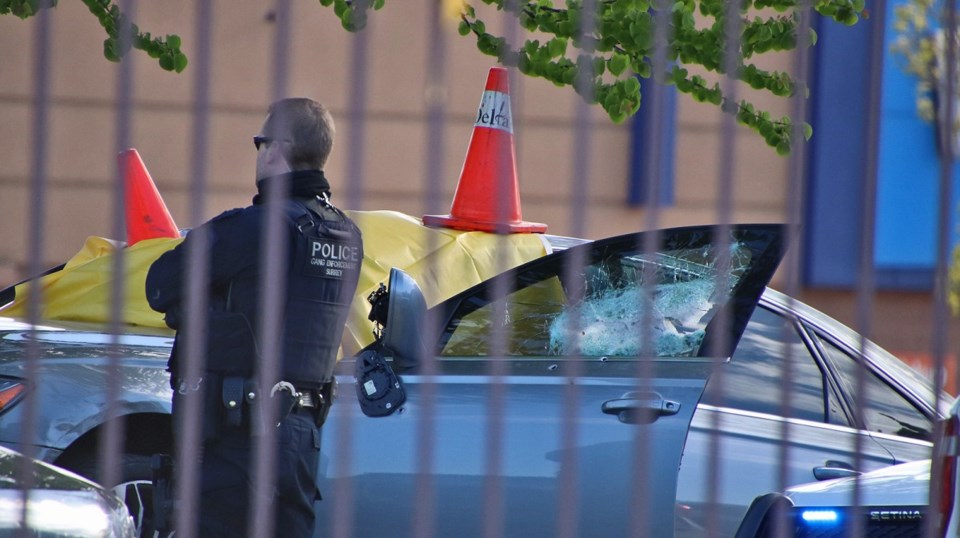 DPD say the victim is 29-year-old Bikramdeep Randhawa of Surrey. Randhawa was not known to police.Shane MacKichan

Delta police have released the identity of the victim in a targeted shooting in North Delta’s Scottsdale Centre mall area Saturday afternoon.

DPD say the victim is 29-year-old Bikramdeep Randhawa of Surrey.

Randhawa was not known to police.

“We’re looking at all possible aspects as to why this crime was committed,” said Insp. Guy Leeson. “We will examine every potential motive thoroughly. Whether it was a case of mistaken identity, a matter related to his personal life or if there is a possibility the shooting was related to the victim’s occupation.”

Leeson said that based on the behaviour on May 1 of the suspects, the incident is considered to be targeted, however, the motive for the shooting is not known.

“Our thoughts are with the victim’s family and friends, as they now start to deal with their loss,” added Leeson.

Police are also confirming that a suspect vehicle involved in this incident was discovered burned in Burnaby. The vehicle was found on fire in the 3700 block of Portland Street, just east of Boundary Road.

Police say no arrests have been made in relation to the shooting and police are not releasing any information about possible suspects.

DPD have also been in communication with BC Corrections and other law enforcement partners about possible links to other incidents in Metro Vancouver, but at this point police are not able to determine whether this shooting can be linked to the gang conflict.

While the investigation continued last night quite a few drivers were unable to access their vehicles that were behind police crime scene tape.

“Our officers worked through the night on this investigation, securing evidence, and were able to significantly shrink the size of the crime scene shortly after 5 a.m. May 2,” added Leeson. “We want to thank those drivers for their patience and understanding. We are working hard to ensure we don’t miss even the smallest detail.”

DPD have now released the crime scene and all vehicles may now be picked up from the Scottsdale Centre parking lot.