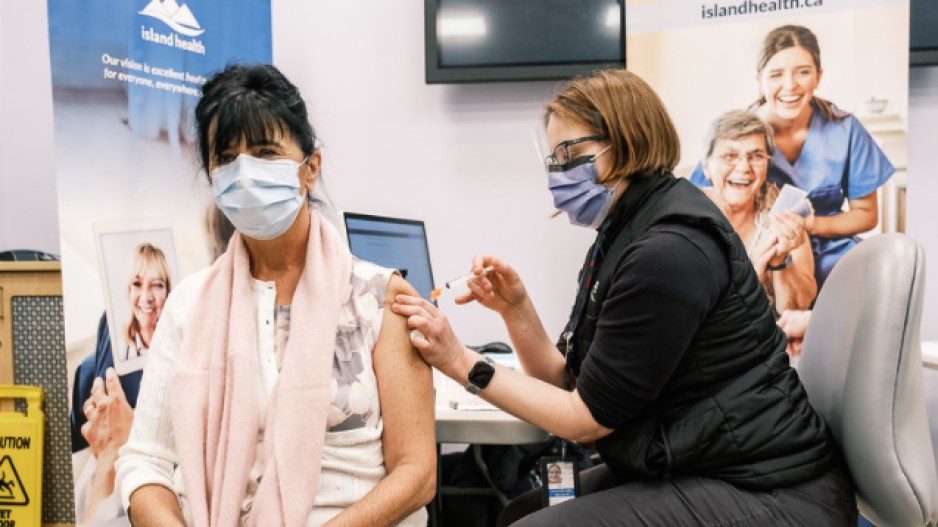 British Columbians can expect a significant ramp up in the number of doses coming its way this spring.

“The next phase of our efforts will see a significant and really massive scaling up,” Dix said during a media briefing.

He also revealed that Dr. Penny Ballem, chairwoman of Vancouver Coastal Health and the former city manager of Vancouver, would take on the role of B.C. immunization executive lead.

“I feel very, very privileged to have been asked to do this,” Ballem said during her first media briefing in the new role.

On Tuesday, the federal government secured an order from Pfizer Inc. (NYSE:PFE) for an additional 20 million doses of its vaccine made in collaboration with BioNTech SE (Nasdaq:BNTX).

Dix said his latest delivery estimates for B.C. don’t include the newly secured Pfizer order, nor potential orders from yet-to-be approved vaccines from manufacturers such as AstraZeneca plc.

“Right now we’re planning based on what we have been told and what is being made available to us, according to the federal government,” Dix said.

The province has been receiving an average of 25,000 doses per week during December and January.

That’s expected to scale up to an average of 68,400 doses weekly in February.

The province is set to receive 28,275 doses of the vaccine the week of January 11-17 and the two weeks to follow, according to data released Monday by the Public Health Agency of Canada (PHAC).

B.C. will see the number of weekly deliveries from Pfizer to jump to 49,725 doses beginning the week of February 1-7. That number will remain steady for the three weeks to follow through to February 28.

The competing Moderna Inc. (NYSE:MRNA) is still ramping up its deliveries to B.C. with 20,700 doses set to arrive the week of January 11-17.

The government is not forecasting additional doses until the week of February 1-7, when 28,500 doses are expected to arrive.