There's concern the Alaska Tourism Recovery Act, which allows large cruise ships to sail from Washington to Alaska without stopping in Canada, will become permanent.
May 27, 2021 1:50 PM By: Andrew Duffy / Times Colonist 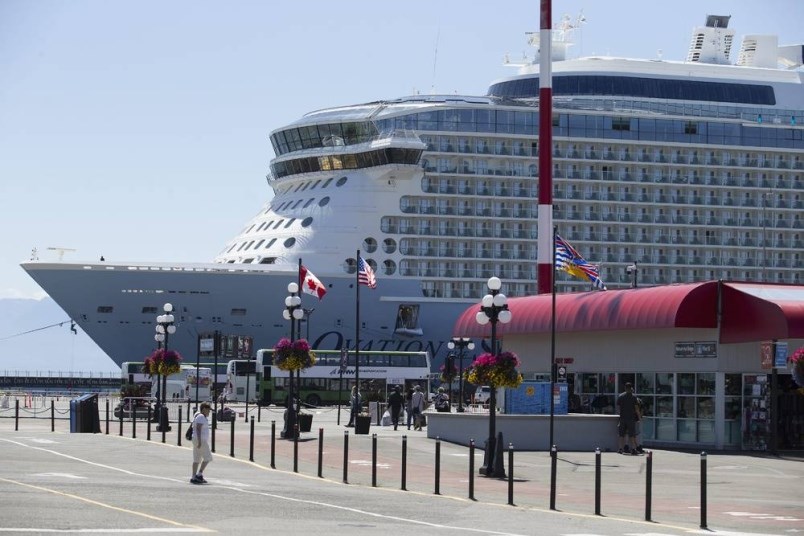 In the wake of new U.S. legislation that allows cruise ships to bypass Canadian ports on the way to Alaska, the head of the Greater Victoria Harbour Authority is calling on Premier John Horgan to work with Alaskan lawmakers to ensure the new rules are only in place for one season.

Authority chief executive Ian Robertson said he hopes a phone call set for June 9 between Horgan and Alaska Senator Lisa Murkowski will provide a chance for the province to impress upon its American neighbour the importance of cruise ships to economies in both countries.

“I would like the premier to advocate on the important role the cruise ships play,” he said, estimating their value to the B.C. economy at more than $2.7 billion. “I’d also like him to say he will work with Senator Murkowski on laying out a plan on how we will welcome cruise back to B.C. when it’s safe to do so.”

Robertson’s plea was made out of concern that anything temporary, such as the new cruise ship rules, could become permanent. He said with U.S. President Joe Biden signing into law the Alaska Tourism Recovery Act allowing large cruise ships to sail from Washington state to Alaska without stopping in Canada there is a chance it sets the stage for that to become the norm after the pandemic has passed.

Previously, under the U.S. Passenger Vessel Services Act, all non-U.S.-flagged vessels, like most cruise ships, would have to stop in a foreign port such as Victoria before arriving in Alaska.

Robertson said he is frustrated that it’s come to this point, as he has been sounding the alarm about this kind of measure since Canada banned cruise ships from its waters until Feb. 28, 2022. The ban spurred Alaskan lawmakers to act to protect that state’s tourism industry and salvage the 2021 Alaska cruise season.

“We have been taking this very seriously and I’m frustrated that neither the province nor the federal government took it seriously,” Robertson said.

The threat of cruise ships bypassing Canada and heading directly to Alaska appears to have been largely ignored, or dismissed as being unlikely.

In February, Republican Senators Murkowski and Dan Sullivan, and Republican Congressman Don Young, all from Alaska, appealed to Prime Minister Justin Trudeau to reconsider the ban before plowing ahead with Young’s Alaska Tourism Recovery Act.

Robertson said the need for the U.S. legislation, and now the threat it could be made permanent, could have been avoided if Ottawa and B.C. allowed cruise lines to either drop anchor in Canadian waters, or undertake “technical stops” where they just tie up in port but no passengers disembark.

Transport Canada dismissed both options at the time, but left the door open to doing so in the future.

Robertson said the only thing to do now is focus on 2022 and urged Horgan to push for a plan from Ottawa to ensure the ports are once again open to receive cruise ships next spring.

“We need a plan, a signal to cruise lines this fall that the ban will be lifted and we are good to go next year,” he said.

Victoria’s Ogden Point normally sees about 200 cruise ship visits every year, delivering passengers and crew into the city’s downtown and to major attractions.