Since 2018, the B.C. government has completed security screening on more than 7,000 prospective cannabis workers and it has not found any significant risk of links to organized crime, according to the government.
Jun 17, 2021 12:52 PM By: Glen Korstrom 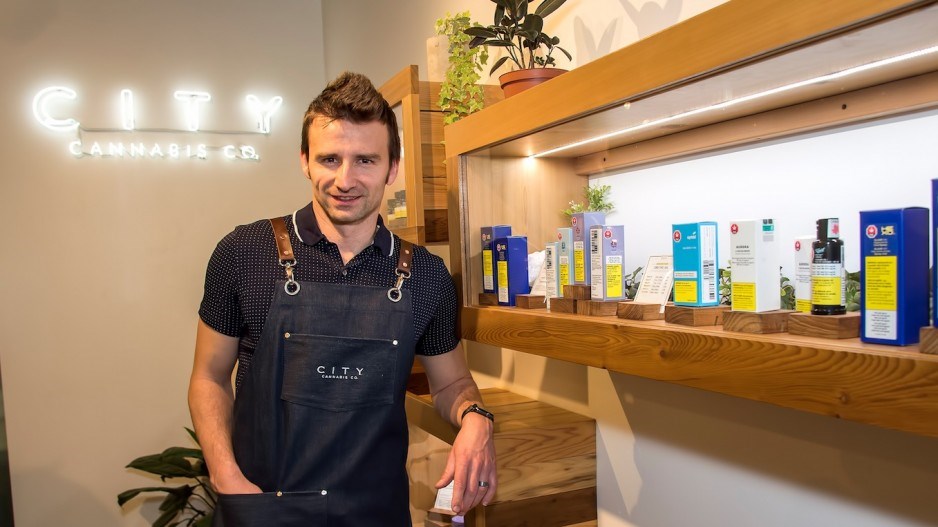 The B.C. government plans on July 15 to end its 34-month monopoly on delivering legal cannabis to consumers.

Ever since Canada legalized cannabis for adult consumption in October, 2018, the only place that B.C. customers could order legal cannabis and get home delivery was from the government's online store.

In August, 2020, the B.C. government started to allow licensed private cannabis retailers to sell products online, but it still required those customers to pick up their purchases at bricks-and-mortar stores.

Minister of Public Safety and Solicitor General Mike Farnworth said June 17 that the move will enable licensed private retailers to better compete with black-market competition, who operate outside the law, and often deliver to customers' doors.

Some of those black-market operators have been brazen enough to put posters, advertising their delivery services, on traffic poles. Farnworth told BIV in July, 2019, that he had spoken with federal counterparts about the problem of illegal cannabis deliveries and that there could be police stings.

"We've been working to support a strong and diverse cannabis industry, shrink the illicit market and keep products out of the hands of children," Farnworth said June 17.

"Allowing direct delivery to consumers isn't just an advantage retailers have told us is vital to the viability of their sector, it's also a way we can further our public safety goals."

Only adults will be able to receive home delivery, and anyone who appears that they may be younger than 19 years old will have to produce two pieces of identification. Recipients do not need to live at the address where the cannabis is delivered but they will have to provide their name and signature.

Earlier this month, Farnworth said that a public safety risk of black-market weed is that it may be laced with contaminants.

Another major move that the province announced June 17 is that it will stop requiring that all staff in legal cannabis stores be screened by provincial officials, and have a criminal record check done by police – a process that costs legal cannabis store owners $100 per employee, and originally took months.

Since 2018, the B.C. government has completed security screening on more than 7,000 prospective cannabis workers and it has not found any significant risk of links to organized crime, according to the government.

As such, they are happy that the security screening will end.

"When you're running a business, you might lose some people out of the blue," said Krystian Wetulani, president of the four-store City Cannabis chain.

"Then you you're trying to rehire, and you have to wait. That's a lot of pressure that you put on your current staff to work overtime."

Wetulani also likes that his company will have the option of offering home delivery.

"Just for ease of access, it's good news," he said. "It puts us on a more even playing field with the illicit market."

Not all private cannabis store owners like the idea of being able to offer home delivery, however.

BIV spoke with Evergreen Cannabis owner Mike Babins last week, and he said that he thought being able to offer home delivery could be an expensive proposition, and that there would be a pressure to do it if his legal competitors are offering the service.

"If you're doing [home delivery] illegally, and you just have a guy on a bicycle, that's one thing," Babins said.