B.C. retiree pens books to help work through trauma over past tragedy 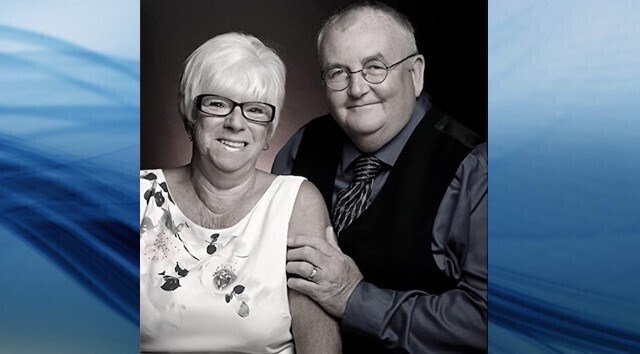 Brian Humphreys and his wife.Contributed

A smelter explosion on Aug. 8, 2000 in Flin Flon, Man. was a critical moment for the community and in Brian Humphreys’ life, an author who now calls Osoyoos home.

The experience would become foundation of his first book "No Smoke Without Fire: A recipe for disaster.” In it, he explores the incident and delves deep into the concept of safety in the workplace, taking lessons from his over 49 years in steelmaking and mining in the United Kingdom and Canada as a tradesman and a safety professional.

His first steps toward becoming an author came as a therapeutic exercise, writing his thoughts down on paper some time after the tragic events.

“I was on shift the night of the explosion and we had one fella killed, it was 60 people that were affected by it, 14 medical aid injuries, so it was a horrific event. I had a real hard time dealing with it. They flew in some post-traumatic stress counsellors at the time to deal with the general workforce. I never took advantage of that, you know, I just kind of shrugged it off and just kept on,” Humphreys said.

“But it had a profound effect on me and in the end, I did actually go and see a counsellor about it. I wasn't sleeping well at night, and I couldn't even talk to my wife about what had happened. He suggested writing my thoughts down on paper and just stick them in a drawer somewhere.”

And so he did. After retiring, Humphreys had a drawer full of thoughts on paper which would become the manuscript for his first book. During his first year spending winters in Osoyoos, he met a fellow author playing pool at the Osoyoos Seniors Centre who pointed him in the right direction to turn the manuscript into a published book.

Published in November, 2019, “No Smoke Without Fire” would go on to win a Canada Book Award and was recognized in boardrooms and on shop floors around the world. Only a few months later, COVID-19 struck the world.

During his fourth season escaping the Manitoba winter for the warmer Osoyoos weather, Humphreys would find he had a lot of time on his hands to finish his follow-up “Smoke Signals: More recipes for disaster” and the new friends made in Osoyoos would influence his latest work.

“Just talking to some of the other snowbirds who read the book of different backgrounds, you know, construction, the paper mills, engineering, they all seem to relate to my first book, and some of them had some interesting stories of their own, that they'd encountered along the way,” Humphreys said.

“So, the second book continued a little bit in the theme of the first book, but I've expanded it to include some of the incidents that they've been involved in, and also I've included a lot of personal things that have happened along the way.”

Having 28 years of experience in health and safety in the workplace, Humphreys sees the world through a lens of risk mitigation. Even on the drives down to Osoyoos.

“There's a lot of variety in the book, even as we talk about, actually, the drive to Osoyoos and how things in terms of safety have been put in place to try and reduce the risk of highway accidents. For instance, I talk about the overpasses in Banff where they build corridors for wildlife to cross the highway so that they reduce vehicle accidents,” Humphreys said.

“This certainly plays a big part in everybody's life, not just at work.”

“But I've gotten away from that, in doing research and doing a lot of soul searching and thinking about it. Even really good firms and really good companies end up having accidents, unfortunately. It's what they do ahead of the action, more important than anything, and creating a work environment where people reduce the risk of getting injured,” Humphreys said.

Osoyoos proved the perfect place to finish “Smoke Signals” and keeps pulling Humphreys and his wife back for longer and longer stays.

“We came here for two months initially four years ago, and enjoyed it so much. We came back the next year for three months. And now we're here for six months a year. And we're already booked in for next year for another six months. So it's really we've really fallen in love with Osoyoos and the surrounding area,” Humphreys said.

“When you retire, and you've worked in the north for 36 years Flin Flon northern Manitoba, as much as we like living there, the winters are extremely cold -40 C most of the time and lots of snow. So this is an ideal second home for us.”

While travelling has become more difficult during the pandemic, getting along in Osoyoos has not according to Humphreys.

“Not only the people very friendly, but all the grocery stores and the people, everybody's wearing masks and are very respectful of COVID. You know, they generally do a great job here, which is good. You feel very safe. I mean, when we got here in October, we isolated the two weeks coming from another province, but we've never felt uncomfortable here,” Humphreys said.

“No Smoke Without Fire” and “Smoke Signals” are both available on Amazon and should start appearing on the shelves at the Coles bookstore in Penticton shortly.