And any place showing the NFL's big game must keep the TV volume at 'speaking level'
Feb 3, 2021 7:38 AM By: Sarita Patel/Castanet 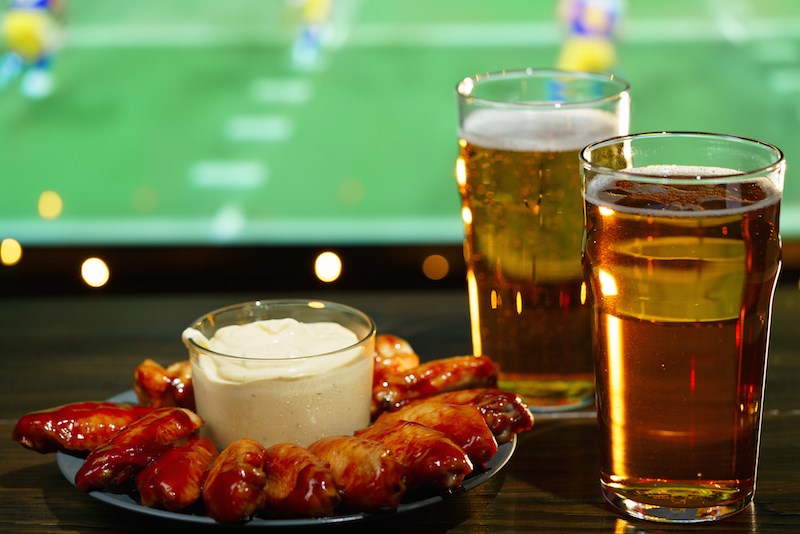 Restaurants and bars in B.C. are being told to not promote the showing of the Super Bowl to help curb the spread of COVID-19.

“Heading into the weekend we’re going to tell people, Super Bowl will be on … but establishments cannot promote that they’re showing the event — that’s a health order rule,” says Ian Tostenson, president and CEO of the B.C. Restaurant and Food Services Association.

Tostenson said his group learned about the planned order during a call with Dr. Henry's office Tuesday afternoon. Barring any extreme circumstances, Tostenson doesn't expect heath orders related to restaurants to be loosened.

“We’re not going to see a lot of changes in the current health order, there’s a lot of concern about the variants.”

He says households of up to six people are still allowed to go to restaurants together.

“Our job is going to be to provide a safe environment but it’s going to have to be muted because we can’t have people yelling and screaming and table hopping,” Tostenson adds.

In Kelowna, the ban on Super Bowl promotions hasn’t thrown a wrench in the plans for Dakoda's Sports Bar & Grill.

"We already weren’t promoting it … usually, we do a charity event for the Super Bowl where we team up with the Jaycees,” explains adds Shauna Flynn, manager at Dakoda's Sports Bar & Grill. “Obviously we can’t do that this year so we’re aren’t promoting anything, for us, it’s just going to be a regular day.”

Tostenson said any Super Bowl showings in bars or restaurants will also have to ensure the game's volume is at speaking level.

He hopes by giving everyone a heads up about the regulations, restaurants will be able to stock-up for an increased demand in take-out and delivery orders.

“Those environments are the wrong environments right now … the events are almost designed for the spread of COVID-19 in the various things that occur in them,” he said.

Tostenson said the industry doesn't expect to be blindsided by any last-minute restrictions prior to the big game, like the early last call for liquor sales on New Year's Eve.

He says they will be relaying the information to the restaurant industry either later today or tomorrow as they’re waiting for confirmation on a few more things from the government.

“One thing that we will be saying to them clearly is that is that we’ve got to keep this one quiet, low key, muted and still have fun but at the same time. It’s going to be a different game, but the good news is we’ll continue to be open which is unlike a lot of places in Canada.”

This article originally appeared on Castanet