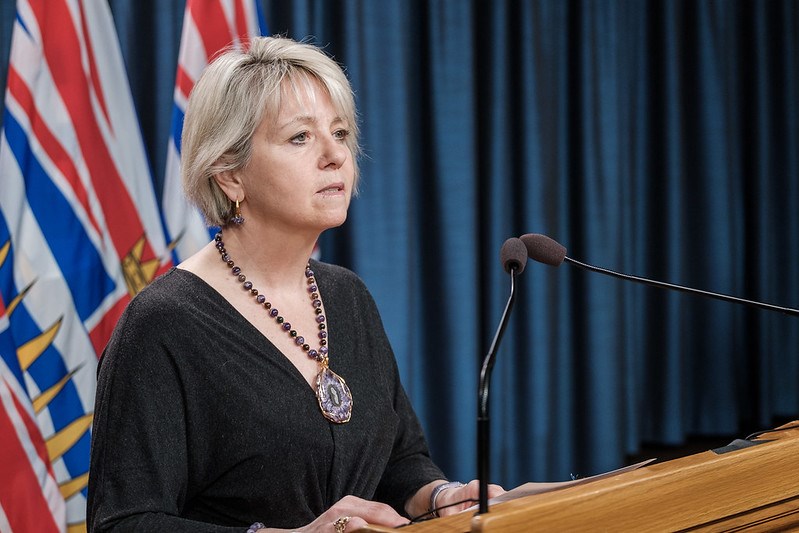 Nearly 1,500 more British Columbians were diagnosed as being infected with COVID-19 in the past three days, raising the provincial total of viral infections to 80,672, since the first case was detected in January 2020.

The daily totals of new cases (532, 508 and 438 in sequential order) were all within the range seen in the past week. Other metrics to track the virus' spread were also well within recent ranges.

Of the 4,464 known active cases, 236 people are in hospital, with 65 of those sick enough to be in intensive care units.

Almost 92.7%, or 74,776 people, of those infected are said to be recovered because they have tested negative for the virus twice. Health officials are closely monitoring another 8,210 people because they have had known exposure to identified cases.

"There have been 42 new confirmed COVID-19 cases that are variants of concern in our province, for a total of 158 cases," provincial health officer Bonnie Henry and Health Minister Adrian Dix said in a joint statement. "This includes 137 cases of the B.1.1.7 (U.K.) variant and 21 cases of the B.1.351 (South Africa) variant."

Of those, 148 people have recovered, and 10 individuals have active infections, they said.

Henry and Dix clarified last week that the two cases of the B.1.525 (Nigerian) variant that had been discovered in B.C. are not considered as being cases of a variant of concern. Instead, they categorize those cases as being of a variant that is under investigation, because it is not clear that B.1.525 spreads more easily, or is more deadly, than the main COVID-19 virus.

They identified one new outbreak at a seniors' home: Glacier View Lodge in Courtenay.

The good news, however, is that the outbreak at St. Paul's Hospital in Vancouver has been declared over.

Outbreaks have also been declared over at five seniors' homes:
• CareLife Fleetwood in Surrey;
• George Derby Centre in Burnaby;
• Eden Gardens in Nanaimo;
• Wexford Creek in Nanaimo; and
• Noric House in Vernon.

None of the eight current outbreaks at seniors' homes are in the Vancouver Coastal Health region.

The new outbreak at Glacier View Lodge in Courtenay is the only outbreak in the Island Health region.

The only outbreak in the Northern Health region is at the Acropolis Manor in Prince Rupert.

The two active outbreaks at seniors' living facilities in Interior Health are now at Brocklehurst Gemstone Care Centre in Kamloops, and The Florentine in Merritt.