Ban on indoor dining at B.C. restaurants officially extended through May long weekend

As expected, the current restriction banning indoor dining at restaurants across British Columbia has been extended.
Apr 19, 2021 2:13 PM By: Lindsay William-Ross 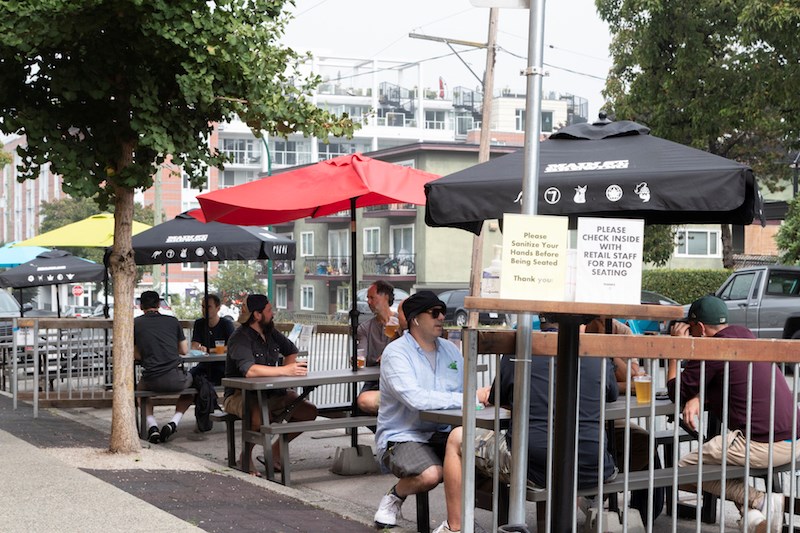 Customers sit on the patio set up at Main Street Brewing in Vancouver. Under newly-extended public health orders, restaurants in B.C. will only be able to offer outdoor dining or take-out and delivery until nearly the end of May.Courtesy Main Street Brewing

As expected, the current restriction banning indoor dining at restaurants across British Columbia has been extended.

Premier John Horgan announced during a live press conference on Monday, April 19 that the current public health order curbing indoor food and drink service at B.C. establishment, set to expire at 11:59 p.m. tonight, would now be in place a further five weeks, expiring after the Victoria Day holiday on May 24.

Public health orders regarding restaurant service in B.C. were amended at the end of March to implement the restriction on indoor dining as part of a slate of "Circuit Breaker" measures.

Under the orders, restaurants may continue to offer outdoor dining on temporary or permanent patios, as well as provide take-out or delivery options.

Meetings held April 12 between Provincial Health Officer Dr. Bonnie Henry and hospitality industry leaders resulted in word emerging that evening it was likely the current ban on indoor dining would be upheld until later in May.

"We require serious measures if we are going to get to the May long weekend and salvage our summer," said Horgan.

"It is critical that we focus our efforts on continuing to do the things we know reduce transmission," said Dr. Henry Monday, emphasizing the need for B.C. residents to be "purposeful" with our in-person social interactions.

"Our commitment to each other is what's really important here," added Horgan.