Police say the stunt was performed just 30 metres from a playground where kids were playing
Apr 29, 2021 11:23 AM By: Alanna Kelly 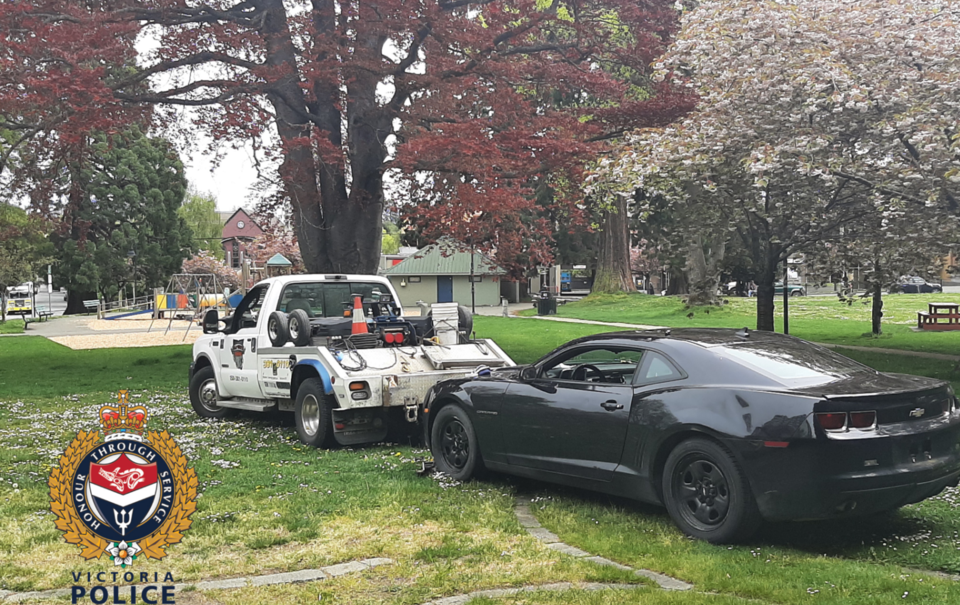 Victoria Police tow a vehicle from Irving Park on April 28, 2021.

A man driving an unregistered and uninsured vehicle from Alberta was caught doing doughnuts beside a playground on Wednesday afternoon.

Victoria Police were called at 1 p.m. to Irving Park off Menzies Street for a Camaro driving in circles right next to a playground.

When officers arrived at the park, they found the driver and vehicle next to circular marks in the grass.

“Officers continued their investigation and learned that the driver had driven the unregistered, uninsured vehicle from Alberta to Victoria with the intent of camping in a park,” says a Victoria Police spokesperson.

The stunt was done just 30 metres from the playground that was occupied with children at the time.

A $794 fine was issued to the driver for not having insurance and driving without consideration. Victoria Police officers impounded the vehicle for seven days for stunting.

Victoria Police are asking anyone with information to contact them.