‘After I tried skiing, everything changed’ 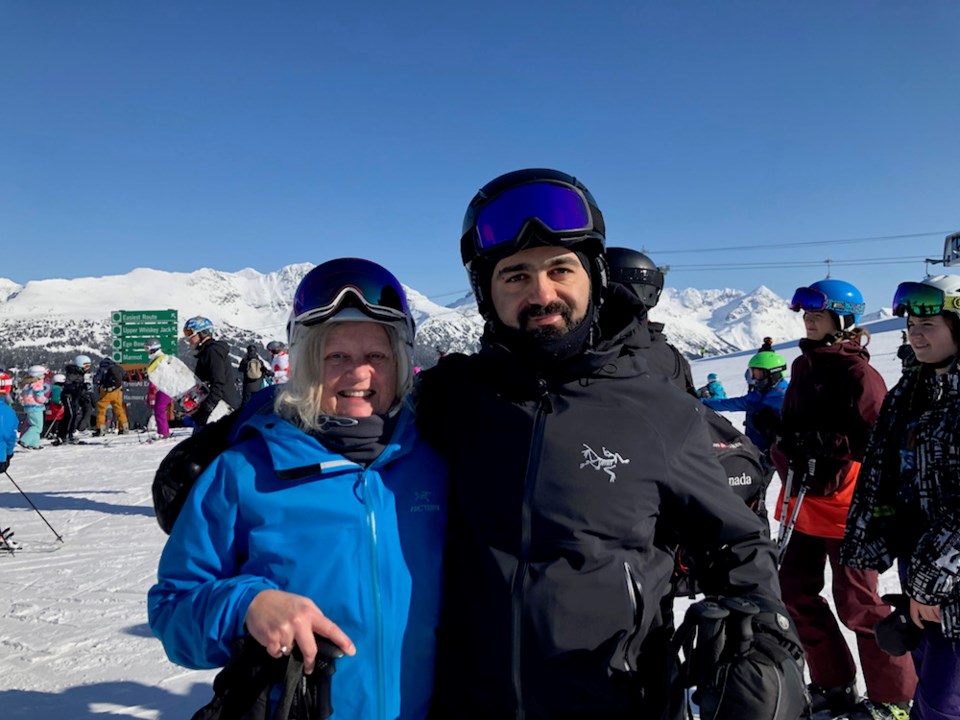 The first time he tried skiing, Murhaf Ghaibour had his doubts about his future in the sport.

“I thought, ‘Oh, I’m never going to be good at that. It was so hard,” Ghaibour recalled.

“But after like two, three weeks, I had skied the whole mountain.”

Within months, he had tackled his first black diamond, and on Feb 24, 2021, he earned his Level 1 Canadian Ski Instructors’ Alliance (CSIA) certification.

Quite the journey for a refugee from Syria, who arrived in the resort in 2018, and had never skied before January 2019.

“My first season, when I did blacks and trees, my friends just said, ‘You are crazy,’” he said.

“They were also beginners, and they said, ‘No, you shouldn’t do that,’ but I felt really confident.”

Being confident and pushing his limits has been key to Ghaibour’s quick attachment to the sport—but that’s not to say he’s impervious to fear.

He felt it before tackling a double black for the first time earlier this year, as he looked down at the impending steep drop.

“Which is good. Fear is good, you know? It protects you,” he said.

“So it’s really fun, because I know my ability, and I know my limits.”

Ghaibour’s advice for beginners is to think of skiing almost like driving a car, in that “if you are driving too fast, the risk is going to be higher,” he said.

“But if you are going slowly, even if you fall, nothing can happen.”

Ghaibour, 32, left Syria in 2013 at the height of the civil war, and lived in Lebanon for five years before arriving in Canada as a refugee with the help of former Whistlerite Laurie Cooper.

Had he stayed in Syria, he would have been forced to serve in the army, he said.

“It’s not serving your country, or not fighting a specific enemy. It’s just a complicated situation—you are fighting other Syrians, supported by many other countries … It’s just chaos,” he said.

As for Cooper’s role in sponsoring his refugee application, “literally, she saved my life,” Ghaibour said.

“I told her that the first day we met here in Whistler … I owe her my life.”

While she never would have guessed Ghaibour would become a ski instructor watching him ski that first day two years ago, that’s not to say Cooper is surprised.

“From the very beginning when I first met him, he’s always been incredibly determined and focused, and disciplined,” she said. “So when he sets his mind to something, he achieves it.”

According to the CSIA, Ghaibour is the first Syrian refugee to become a ski instructor.

"We want everyone to join us on the slopes. Everyone,” said CSIA’s director of marketing Jon Tischuk, in an email.

“In recent months, we have made some of the biggest changes in the organization’s history. It is our goal to embrace all those communities that have been underrepresented in our organization as instructors."

Ghaibour, who also works as a bartender in the resort, is one of 12 refugees Cooper has helped settle in Canada, a group that has become tightknit over the years.

Some of the others have stayed in Whistler as well, landing jobs with Ziptrek, at Green Lake Station and Rexall, to name a few.

“Honestly, I feel like each one of them is my son,” Cooper said. “I call them my boys, and I will always be there for them, and they’re just the most lovely, hard-working young people.”

Before he came to Canada, Ghaibour thought he might end up in a city after six months or so.

“But after I tried skiing, everything changed,” he said.

“I cannot live in any other place.”