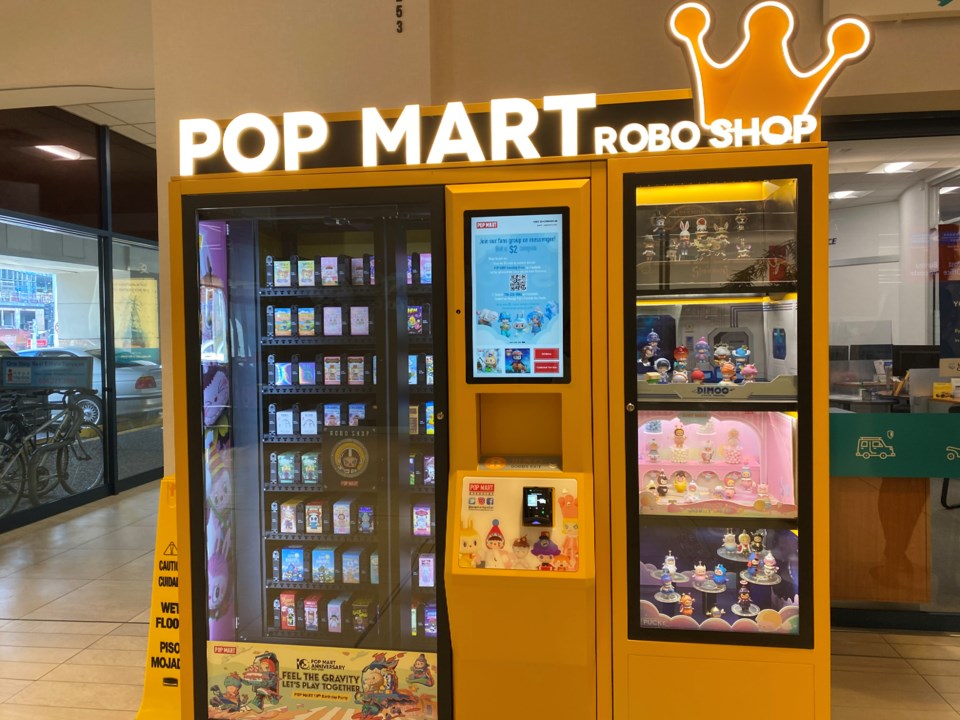 A popular Chinese toymaker has come to the West Coast. Nono Shen photo

A popular Chinese toymaker has come to the West Coast, opening its first B.C. store in Richmond two weeks ago.

Known in China for its “blind boxes,” Pop Mart has started trending among young people in Canada as well.

The idea behind blind boxes, or mystery boxes, is that customers buy the box not knowing exactly what animated figurine is inside.

This creates a sense of surprise and pleasure for each customer, according to Alex Zhou, a worker at the Pop Mart store in Richmond.

“With ‘To light up passion and bring joy’ as Pop Mart’s slogan, we hope everyone who walks in our store will leave with delight,” said Zhou.

Each blind box sold at the Pop Mart store at Union Square Shopping Centre sells for $13.99, including taxes.

People can also buy blind boxes at Pop Mart’s vending machine (which the toymaker calls a Roboshop) at Richmond Centre.

Founded in 2010, POP MART opened its first store in Beijing and now has more than 200 stores across the globe, as well as a 1,000 toy vending machines in 22 countries and regions.

This is Pop Mart’s second location in Canada. The first opened in Markham, Ont. in 2020.