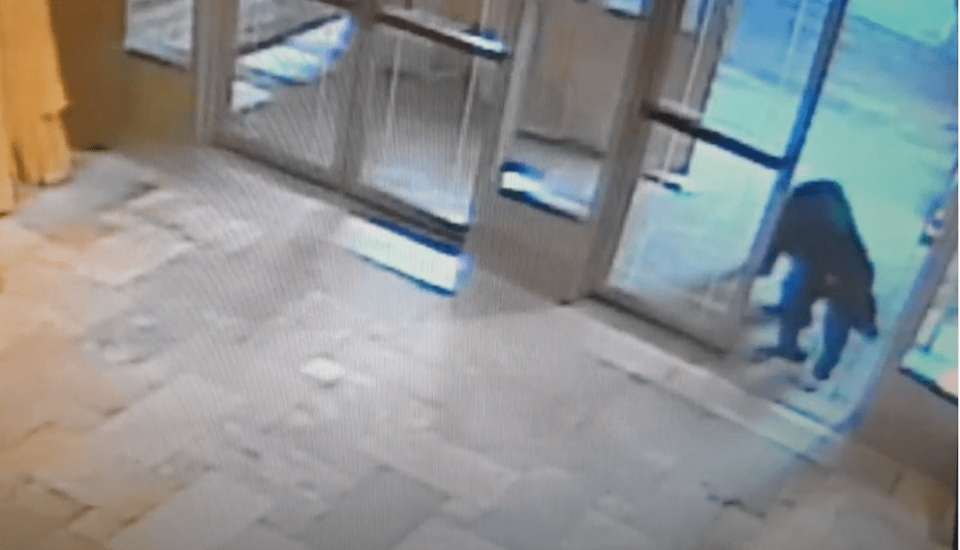 Black bear wanders into the lobby of a hotel in Whistler. (via Four Seasons Resort)

A new guest made an unexpected visit to the Four Seasons Resort Whistler this summer.

On July 13, security footage from the alpine hotel's lobby shows a curious bruin sauntering in through the front door.

Following this, the black bear walks up a couple of steps in the lobby to investigate its posh surroundings.

A spokesperson for the Four Seasons Resort Whistler tells Glacier Media that the manager on duty saw the black bear right away and was able to safely escort it out of the building.

"No guests encountered the animal on the property," they explain.

"Even though this is a rare occurrence, our team is very well trained to handle these encounters given the wildlife who also live in and around this beautiful destination."

Have a look at a video of the bear's short stay at the hotel.

British Columbia is considered "bear country" for a good reason: the province teems with bruins in a variety of shapes and sizes.

With this in mind, not every British Columbian has encountered a bear.

In fact, many locals haven't even observed one from a distance. However, if they have seen one, there's a good chance that it was a black bear (even if it wasn't black).

That's right - the black bear, the most common of the three bears found in Canada, comes in a variety of colours and shades.

Wild Safe B.C. notes that these bears come in, "everything from the white Kermode bear through to their namesake black and most shades of brown in between."

And while the black bears on Vancouver Island are considerably larger than their mainland cousins, they aren't the largest in the province.

That title goes to their neighbours to the north on Haida Gwaii.