She was "digging a hole with her hind feet while appearing to pee in it."

It's not often you spot a turtle in Stanley Park (the resident reptiles know how to blend in).

But it's even less common to see one of the petite critters away from the water — and it's somewhat concerning, too.

Vancouverite Wendy Weller-Davies tells Vancouver Is Awesome that she was concerned that the small creature was out of its element in the scorching heat.

"The turtle was by the pedestrian path some way from Lost Lagoon, and was digging a hole with her hind feet while appearing to pee in it," she writes in an email.

"She was in the scorching sun and we were concerned for her well-being. So we asked some Park rangers near Second Beach what should be done with / for her."

The park rangers told Weller-Davies that the turtle was an 'invasive species' and that they'd go along and take a look. However, she wasn't sure what happened to the turtle after that. 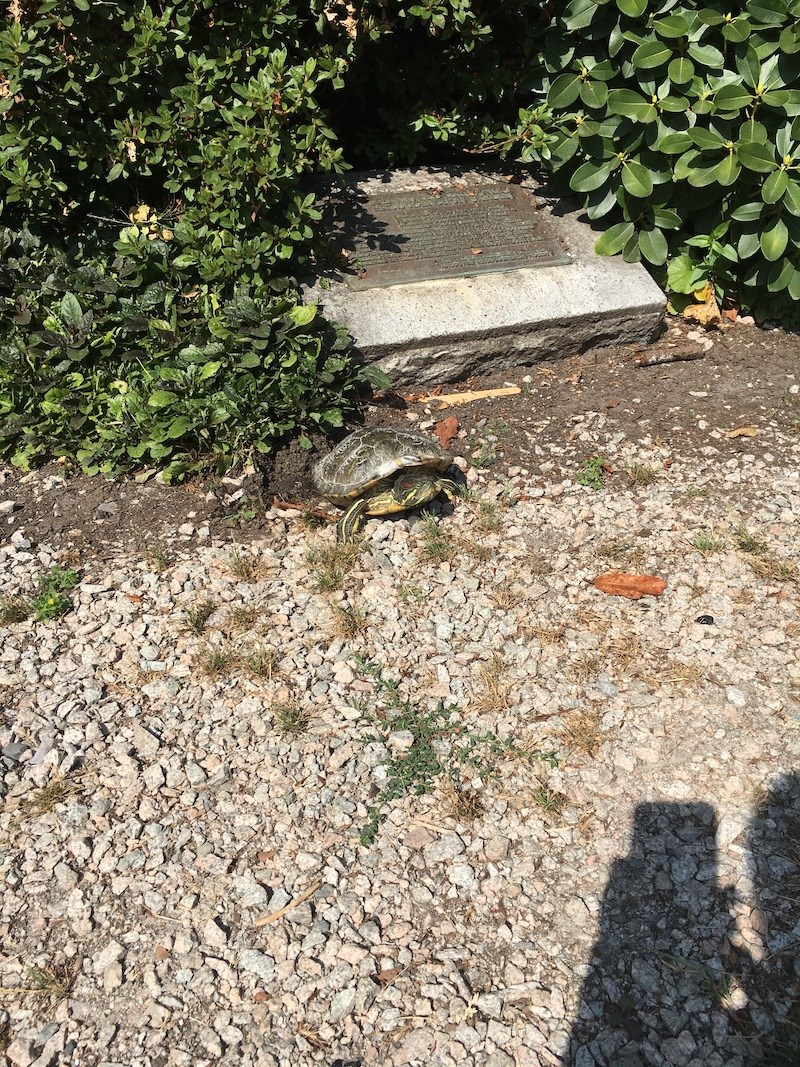 What happened to the turtle?

A spokesperson for the Vancouver Park Board tells V.I.A. that park rangers were at Stanley Park on July 25 to support a turtle that had reportedly laid eggs in the grass.

On inspection, the rangers did not find any eggs and instead observed only a patch of disturbed soil. "The turtle was safely returned to the water after a raccoon made aggressive movements towards it." 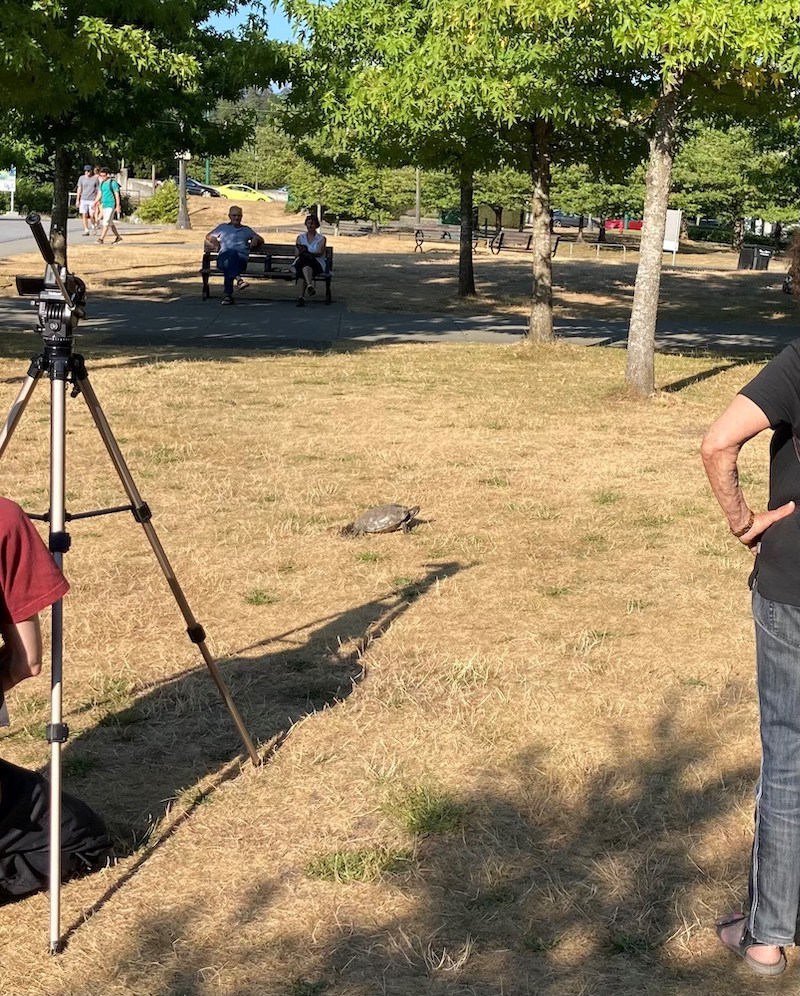 Another coyote attack in Stanley Park: woman scratched on back, shoulders
Aug 1, 2021 11:59 AM