ST. JOHN'S, N.L. — The full shutdown of the dormant Terra Nova offshore oilfield could leave Newfoundland and Labrador on the hook for hundreds of millions of dollars in royalty paybacks, Energy Minister Andrew Parsons said Thursday.
Jun 10, 2021 2:40 PM By: The Canadian Press 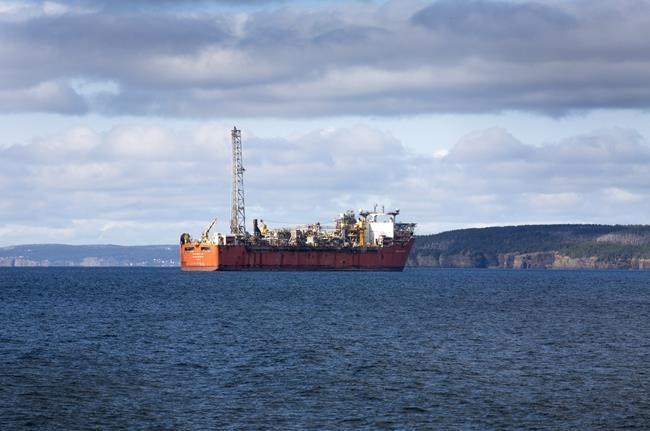 ST. JOHN'S, N.L. — The full shutdown of the dormant Terra Nova offshore oilfield could leave Newfoundland and Labrador on the hook for hundreds of millions of dollars in royalty paybacks, Energy Minister Andrew Parsons said Thursday.

Parsons told reporters the province has offered the field's operators about $500 million in cash and royalty-adjustment incentives to get the project back on track, to no avail. He also said the province has ruled out the idea of purchasing an equity stake in the project.

"The risk has proven to be too great for a project so late in its life," he said, adding that an equity share will come with additional costs at the time of abandonment. "I'm calling on project owners to continue to work to find an equity solution."

The Terra Nova oilfield sits about 350 kilometres off the southeast coast of St. John's, and it first began producing oil in January 2002. Much of the oil has already been sucked from under the seabed but there's still oil out there — about 80 million barrels, according to estimates from the Newfoundland and Labrador Oil and Gas Industries Association.

In order to get the last of it, the field's infrastructure needs a significant investment in maintenance and upgrades. The seven oil companies that operate the field aren't united on footing the bill, according to Mark Little, president of Suncor Energy, the company that owns the largest share in the project. He said last month that a decision about whether to abandon the field is expected June 15.

Suncor spokesperson Sneh Seetal said Thursday in an email that to date, "there has not been alignment among all the owners to support a long-term production plan for the asset and unfortunately abandonment remains a real possibility at this time. We’re hoping other owners wanting to exit the project will reconsider."

Seetal said the company is "surprised and disappointed" with the government's decision not to buy an equity stake in the project.

According to provincial legislation, companies operating offshore oil projects can claim decommissioning cost overruns against previous royalty payments to the government. It's hard to specify exactly what those so-called "royalty carryback costs" might be, Parsons said, but he expects them to be "significant."

"It would put us in a bad spot to put a number there that we simply don't know and can't control," he said. "But again, it is significant, it is in the hundreds (of millions)."

Parsons told The Canadian Press last November he couldn't estimate the decommissioning costs of the offshore oilfield because doing so would have been "premature, given the current status of our offshore projects."

The government offered the Terra Nova partners $205 million in cash from a pot of federal money given to the province last year to help its floundering offshore oil sector. Parsons said the operators were also offered a restructuring of the project's royalty agreement, which would  have yielded another $300 million.

"These terms have not been accepted by project owners, and currently we are at an impasse," he said.

This report by The Canadian Press was first published June 10, 2021.