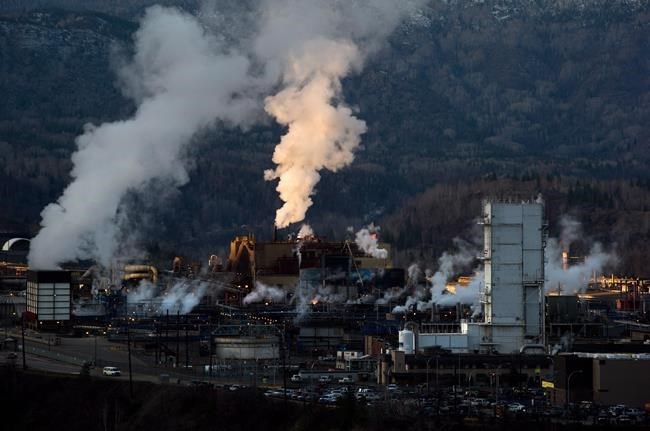 After reporting strong first-quarter earnings and revenue boosted by higher copper prices, as well as better prices for zinc and oilsands bitumen, Lindsay told a conference call with financial analysts that the long-term outlook for copper looks bright.

"Accelerating copper growth is the cornerstone of our strategy and, by growing our copper production, we rebalance our portfolio towards what's now called 'green metals,'" he said.

Forecasts that call for world copper demand growth of three to 3.5 per cent per year are credible, Lindsay said, in view of its use in renewable energy as pressure rises for global decarbonization.

He said the phone lines at Teck have been lit up by unsolicited offers from potential partners amid an expected copper supply shortage later this decade.

"There are some interesting opportunities whereby we could bring on a partner and they build it with their capital and their people and we're left with half a mine or more for free," he said on the call.

"If that sneaks in between QB2 and QB3, then that's a pretty good situation."

QB2 is Teck's US$5.2-billion Quebrada Blanca Phase 2 copper mine expansion in Chile, that it reported has reached more than 50 per cent completion despite COVID-19 lockdown setbacks. It is expected to double company copper production after it opens in 2022.

Final sanctioning of a third phase at the project won't happen until 2026 at the earliest, Lindsay said, after feasibility studies and regulatory approvals are received.

He said new copper mine projects will generally require a commodity price of at least $3.50 per pound. On Tuesday, the May copper contract settled at about US$4.49 a pound, the most since 2011 and up about 91 per cent from a year ago.

Teck reported first quarter copper production of 71,700 tonnes, in line with the year-earlier output, but an average price of US$3.92 per pound, up from US$2.56.

The Vancouver-based company reported a first-quarter profit of $305 million as higher commodity prices were partly offset by the effect of a strengthening Canadian dollar.

The result compared with a loss of $312 million in the same quarter last year when Teck recorded a $474-million asset impairment charge related to its stake in the Fort Hills oilsands mine operated by Suncor Energy Inc.

Revenue for the recent quarter was nearly $2.55 billion, up from about $2.38 billion a year earlier.

Teck said it has not yet paid a $60-million fine assessed in March under the Fisheries Act after it pleaded guilty to contaminating waterways in southeastern B.C. with selenium and calcite from its coal mines.

It commissioned a saturated rock fill water treatment expansion in the first quarter that doubles its capacity to 20 million litres per day.

The company reported sales of 6.2 million tonnes of steelmaking coal in the quarter, in line with guidance, adding it expects higher prices on similar volumes in the second quarter.

By Dan Healing in Calgary.

This report by The Canadian Press was first published April 28, 2021.

Companies in this story: (TSX:TECK.B)