CALGARY — Suncor Energy Inc. has become the latest major oil company to commit to achieving net zero carbon emissions by 2050.
May 26, 2021 1:15 PM By: The Canadian Press 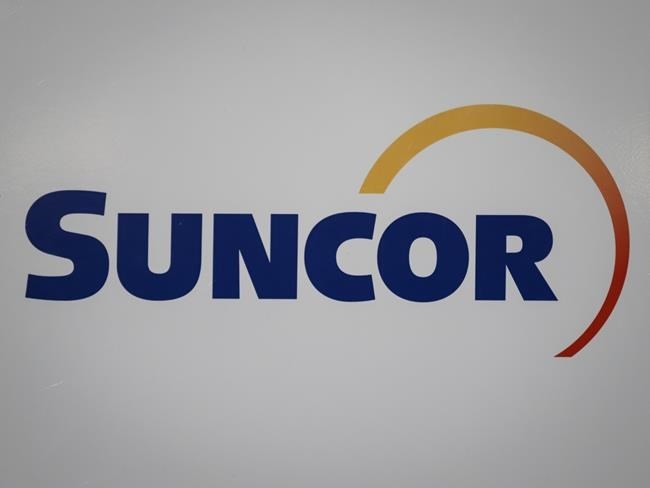 The new goal is an upgrade from its current program adopted in 2015 to reduce emissions intensity from upstream operations by 30 per cent by 2030, and matches the 2050 target set by oilsands producer rival Cenovus Energy Inc. last year, as well as Canada's official national goal.

The new target is the Calgary-based company's third emissions initiative — the first was set in 2009 and achieved by 2015 — and that adds weight to Suncor's pledge, said CEO Mark Little.

"We are confident we can profitably grow returns for investors while lowering our carbon emissions and helping others reduce theirs," he said in a presentation during Suncor's investor day on Wednesday.

"We will achieve this by reducing emissions in our base business, investing in profitable low-emission businesses, taking action that reduces others' emissions and investing in offsets outside of our business."

That's about 25 per cent more "aggressive" on an intensity basis per barrel than its 2015 target, Little said in an interview after the presentation.

Setting absolute targets sets Suncor apart from other Canadian energy companies and is a step in the right direction, said Nina Lothian, director of the fossil fuel program for the Pembina Institute environmental think-tank.

"I think it's critically important that we're talking about absolute and no longer carbon emissions intensity," she said.

"They have articulated a plan to get to this emission reduction by 2030 so they're showing immediate and short-term actions aligned with Canada's path to net zero."

Suncor says it will grow to be the third-largest electricity producer in Alberta thanks to current low-emissions projects including the $300-million, 200-megawatt Forty Mile Wind power project in southern Alberta and a $1.4-billion natural gas fuelled cogeneration project to generate steam and produce 800 megawatts of power at its oilsands Base Plant near Fort McMurray in northern Alberta.

In reports, analysts said Suncor matched expectations with plans for $5 billion annual capital budgets from 2022 to 2025, which are to be used to optimize existing oilsands production, refining and marketing operations while cutting costs and growing low-carbon businesses.

The "value over volume" strategy is based on average production of 800,000 barrels of oil equivalent per day from 2022 to 2025 with more than 90 per cent utilization of its mining and thermal oilsands assets and maximum use of its upgrading facilities to produce higher value synthetic crude from raw oilsands bitumen.

Suncor, which owns 58.74 per cent of Syncrude, is scheduled to take over operatorship of its mine and upgrading facilities in the third quarter and says it aims to cut costs by $300 million within three years through workforce reductions and co-ordinating operations with its nearby Base Plant

Meanwhile, it plans to standardize business processes throughout its organization, employ automation to reduce staff needs, spend to make assets like its Edmonton refinery and Burrard Terminal on the West Coast more efficient and invest in data analytics to better align operations.

Suncor reduced its employee count by about 600 in 2020 and will make more cuts this year. The company announced in October it would reduce total staff by 10 to 15 per cent, or as many as 1,930 jobs, over 18 months.

In response to an analyst's question, Little said it's looking increasingly like the dormant Terra Nova offshore oilfield will be permanently abandoned as its partners seem unlikely to be able to settle on an investment strategy to extend its productive life.

Suncor is the operator and largest stakeholder in the field located off the Newfoundland and Labrador coast.

This report by The Canadian Press was first published May 26, 2021.