TORONTO — CHANGES ARE IN BOLD A court-appointed representative for Sears Canada retirees said Tuesday that Canada's bankruptcy laws should be changed to avoid future financial hardship for members of other underfunded pension plans.
Jun 8, 2021 2:19 PM By: The Canadian Press 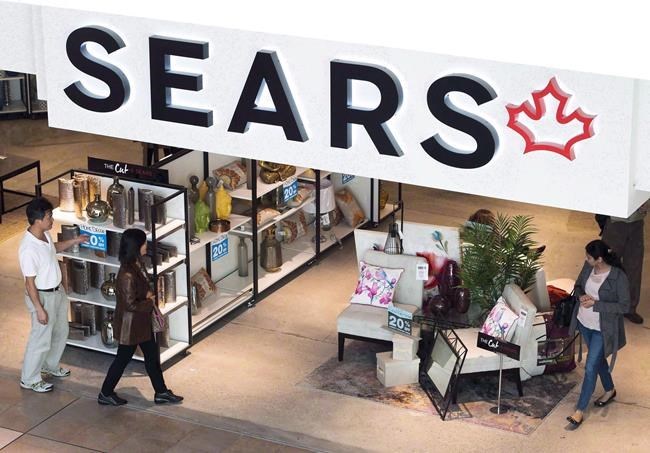 TORONTO — CHANGES ARE IN BOLD

A court-appointed representative for Sears Canada retirees said Tuesday that Canada's bankruptcy laws should be changed to avoid future financial hardship for members of other underfunded pension plans.

Parliament should pass a Bloc Québécois bill to amend the Bankruptcy and Insolvency Act and the Companies' Creditors Arrangement Act, Eady told a Commons committee that's reviewing the proposed legislation.

"You're the ones who can make a difference here, folks," Eady said. "The MPs on this committee can vote in favour of this bill, and help protect seniors. I suggest you do."

Under questioning, Eady said that Sears Canada retirees would have been helped if the proposed amendments to the two laws were in place when Sears Canada filed its initial request for court protection in June 2017.

But he said Sears Canada retirees probably wouldn't have been helped much if they were ranked ahead of other creditors and still behind banks, which have "super priority" status.

"It's a different type of debt that you have with the pension plan. It's a long term outstanding debt. And so, they have to be treated as super creditors to be to make it meaningful to pensioners," Eady said.

In the Sears Canada bankruptcy process, which hasn't yet been completed, there wasn't enough money to fund pension shortfalls after debts to banks and active employees were repaid ahead of other classes of creditors.

Eady is one of several witnesses who have spoken for or against a private member's bill that proposes to give underfunded pension plans and banks similar priority in bankruptcy courts.

Representatives from the Canadian Bankers Association and the Insolvency Institute of Canada warned the same committee last week that the bill's proposed changes would create worse problems than they solve.

Charles Docherty, assistant general counsel for the Canadian Bankers Association, said on Thursday that "a very careful balance has been achieved over several decades in the order of priority and bankruptcy."

"Ultimately, changes to the order of priority in bankruptcy threatens to seriously undermine the delicate balance with ripple effects across the economy," Docherty said.

Eady said in an interview Tuesday, after his virtual presentation to the committee, that the high profile nature of the Sears Canada bankruptcy serves as an example of what's wrong with the current laws.

"MPs are people with family who shopped at Sears. Maybe they worked there as a kid. I know several that have," he said. "Hopefully the fact that Sears is familiar to so many people, helps ... bring this issue clarity."

Laura Tamblyn Watts, a lawyer and seniors advocate who also addressed the committee Tuesday, said she doesn't think the banks' position is supported by evidence in other countries.

"Compared to other jurisdictions Canada significantly lags in its protection of pensioners," said Tamblyn Watts, chief executive of CanAge, a non-partisan national advocacy group for seniors.

In an interview after her virtual appearance before the committee, she said "everyday Canadians" may not understand the technical terms in the law but they understand the Sears Canada story.

"For instance," Tamblyn Watts said, "if you tell somebody that the pensioners at Sears in the U.S. didn't lose any money or any benefits — but they lost 20 per cent (of their pension payments) in Canada and really all of their benefits — people are shocked to understand that the U.S. has better protection."

This report by The Canadian Press was first published June 8, 2021.