MONTREAL — Quebec entertainment mogul Gilbert Rozon is facing a $1.6-million civil lawsuit over an alleged sexual assault dating back to 1994.
Apr 15, 2021 1:13 PM By: The Canadian Press 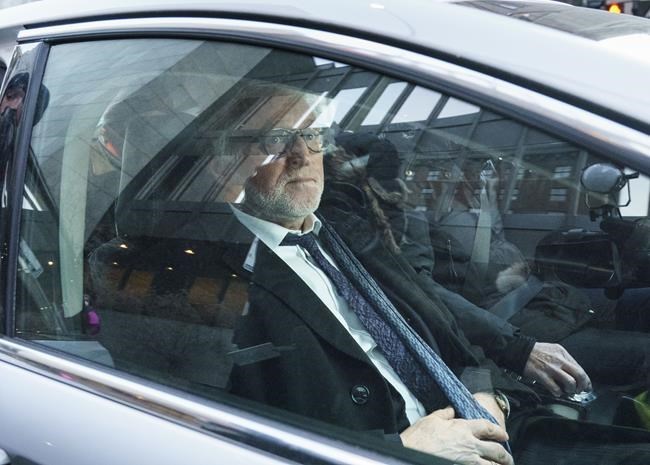 MONTREAL — Quebec entertainment mogul Gilbert Rozon is facing a $1.6-million civil lawsuit over an alleged sexual assault dating back to 1994.

The suit was filed Thursday by lawyers representing actress Patricia Tulasne, who is seeking $600,000 in compensatory damages and $1 million in punitive damages stemming from the alleged assault.

In the court filing, Tulasne describes being "brutally raped" following a 1994 dinner and says she feared being physically injured as well as the impact on her career. None of the allegations in the document have been tested in court.

Tulasne was a spokeswoman for Les Courageuses, a collective of women who attempted to bring a class-action lawsuit against Rozon. The Montreal lawyers representing Tulasne said in a statement the civil suit was filed after the courts rejected the class-action bid.

Rozon, the founder of the Just for Laughs festival, had denied the women's allegations of harassment and sexual misconduct, which dated between 1982 and 2016.

Rozon, who in December was acquitted of sex charges involving another woman, said Thursday when reached that any comment on the lawsuit would come from his lawyer. Neither Tulasne nor her lawyers were available for comment on Thursday.

In a lawsuit filed in Quebec Superior Court, Tulasne alleges she has suffered in the aftermath of the assault for 20 years, "alone and in silence."

She alleges that after a dinner involving actors in the play "Le diner des cons," Rozon offered to drive her home.

She alleges she told Rozon he couldn't come up to her apartment when he asked, but he didn't leave and accompanied Tulasne while she walked her dog. She says she prolonged the walk as she wondered how not to offend Rozon, an influential figure in the industry.

The court document alleges that when she finally decided to return home, Rozon followed and forced his way into her apartment, pinned her against the wall and started to unbutton her dress.

Tulasne says she was "in a state of shock," fearful he would hit her and "afraid of what he could do to her career," and she relented. She alleges Rozon dragged her to her bedroom where the alleged sexual assault took place.

In the filing, Tulasne says it was only in October 2017, after the #MeToo movement when other women came forward with stories about Rozon, that she felt able to report the alleged assault.

"It was unimaginable for her to do so since he was a very powerful public figure in both the arts industry and in the political and social spheres," the court filing reads. "She saw him as an idealized and untouchable being."

The lawsuit states that after the alleged sexual assault, Tulasne fell into a deep depression, left Montreal to live in the country to avoid contact with others and left her partner without disclosing the incident. She noted she's been single since, unable to trust men.

Tulasne said she lost interest in her career and had a difficult time with self-confidence and finding roles. The alleged assault "poisoned her life," she says, adding that Rozon "is fully responsible for it."

This report by The Canadian Press was first published April 15, 2021.