Property owners happy, digital users not so much as Manitoba tables budget

WINNIPEG — Manitoba's 2021-22 budget released Wednesday contains some property tax and provincial sales tax breaks, but transfers some of the sales tax to other areas.
Apr 7, 2021 1:45 PM By: The Canadian Press 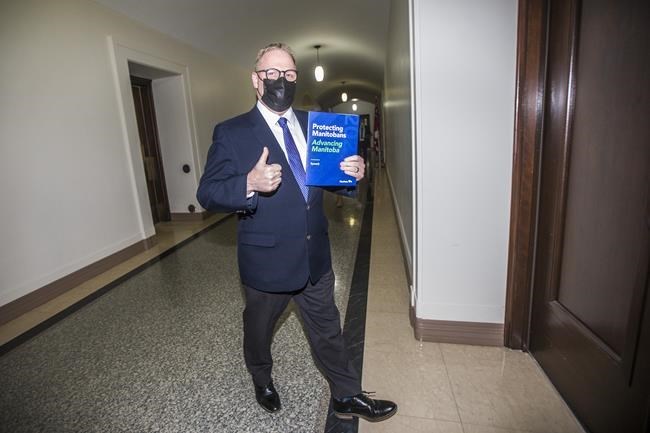 WINNIPEG — Manitoba's 2021-22 budget released Wednesday contains some property tax and provincial sales tax breaks, but transfers some of the sales tax to other areas. Here are some of the winners and losers:

Renters: Guideline for rent-controlled units — the rate above which landlords must apply for special consideration — to be zero per cent in 2022 and 2023.

Spa and salon customers: Provincial sales tax to be removed from many personal care services, including spa treatments, in December.

Vehicle owners: Non-commercial vehicle registration fees to be reduced by another 10 per cent in July, following a similar cut last year.

Small- and medium-sized businesses: Threshold at which employers start paying the provincial payroll tax to rise Jan. 1 to $1.75 million from $1.5 million.

Children and young adults with Type 1 diabetes: Province to cover the cost of continuous glucose-monitoring devices for people under age 25.

Fans of streaming entertainment services: Fees for Netflix, Spotify and other such services to be subject to provincial sales tax starting Dec. 1.

Vacationers who book private accommodations online. Services such as Airbnb will be subject to the provincial sales tax starting Dec. 1

Online shoppers: Online marketplaces such as Amazon and Best Buy to start collecting provincial sales tax on items sold by third parties as of Dec. 1. They are already required to collect the tax on items they sell directly.

Some government departments: Operating spending increase for Agriculture, Families, Justice and some other departments to be less than two per cent this year.

This report by The Canadian Press was first published April 7, 2021.