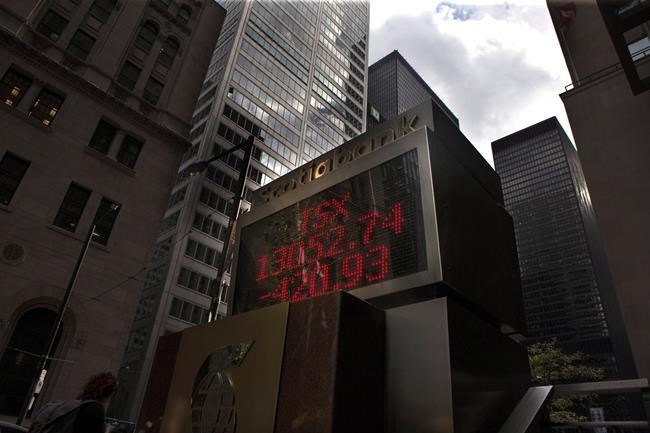 "Broadly speaking, equity markets over the last few weeks have been trading in a fairly tight range and are in a bit of a holding pattern because investors are weighing some conflicting forces at hand," said Candice Bangsund, portfolio manager for Fiera Capital.

An improving global economic recovery is boosting confidence and support for equity markets.

Yet inflationary pressures are starting to emerge that are stoking investor fears of an earlier-than-expected withdrawal of monetary policy support.

"So those two forces are offsetting each other and creating more tight trading conditions within the equity space," she said in an interview.

A sharp acceleration of inflation in May could fuel elevated uncertainty and volatility as investors would interpret that as potentially prompting the central bank to step in and rein in its accommodative policies.

"So that's the risk right now in the market and that's why I think you're seeing sort of this sideways trading."

The S&P/TSX composite index closed down 63.65 points at 20,002.27 after three days of setting record highs. It was the worst performance in three weeks.

Energy was one of eight sectors to fall on the day as crude oil prices dipped, prompting shares of Crescent Point Energy Corp. and Canadian Natural Resources Ltd. to lose about two and 1.8 per cent, respectively.

The July crude contract was down nine cents at US$69.96 per barrel and the July natural gas contract was essentially flat at US$3.13 per mmBTU.

Bangsund said there was little in the way of a notable catalyst for the crude price move.

"I think oil is just taking a breather after a very strong run and even breaking above US$70 this week."

Telecommunications was the biggest laggard, dropping nearly one per cent while the heavyweight financials sector lost 0.6 per cent.

The Canadian dollar traded for 82.68 cents US compared with 82.67 cents US on Tuesday.

The loonie inched higher despite a drop in crude prices after the Bank of Canada left its key interest rate unchanged and stayed the course on its federal bond-buying activities.

The central bank has been more hawkish than its U.S. counterpart by starting to taper asset purchases while the Fed is likely to wait to act until 2022, said Bangsund.

"At the same time, the market expects the Bank of Canada will start increasing interest rates sooner than the Fed."