'Never Have I Ever' actor juggles show and college with ease

NEW YORK (AP) — Jaren Lewison was at his USC freshman orientation when he got the call to screen test for the Netflix series “ Never Have I Ever .
Jul 8, 2021 9:39 AM By: The Canadian Press 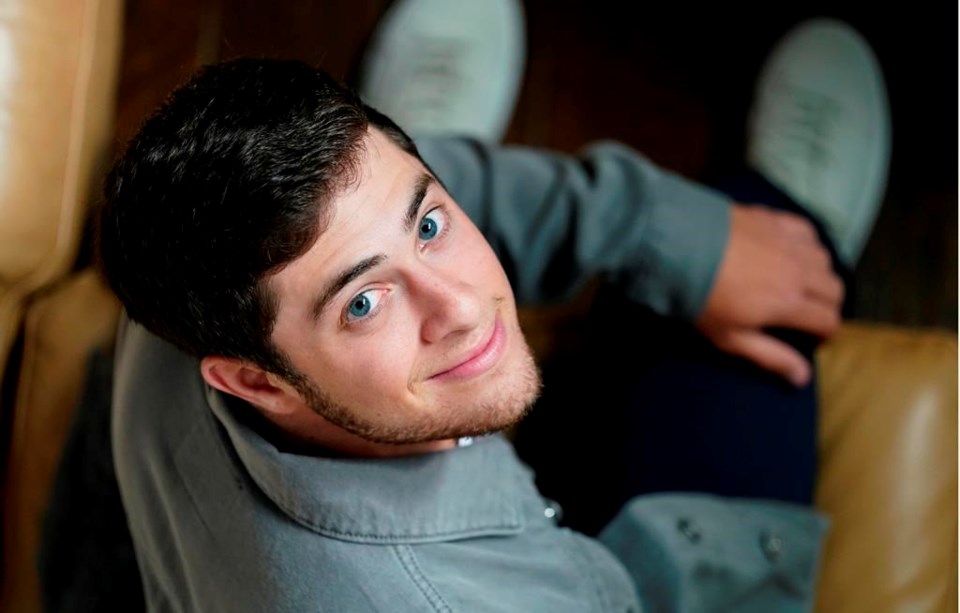 NEW YORK (AP) — Jaren Lewison was at his USC freshman orientation when he got the call to screen test for the Netflix series “ Never Have I Ever.” He got the job and filmed season one while living in his college dorm, which he remembers returning to at night after working on set.

“Sometimes I would show up at like 3:00 in the morning from a late Friday night shoot. I would see everybody coming home from the bars and parties." he said.

Lewison, now 20, spoke recently via Zoom while on summer break at his parents' house in Dallas. A psychology major with a minor in forensics and criminality, he is also fulfilling a writing course requirement while at home but takes four classes a semester.

With his foot already planted firmly in the door of Hollywood, Lewison could leave school, but he says graduating is a priority.

“I love being in class," he said. He is on track to graduate in the spring of 2022, while technically a junior.

“I’m excited to get started on what’s next and devote 24 hours a day to my career and growth as an actor.”

On “Never Have I Ever,” which debuts its second season July 15, Lewison plays Ben Gross, an ambitious high school student who is committed to graduating at the top of his class. He is fiercely competitive with Devi Vishwakumar, played by Maitreyi Ramakrishnan, who is his nemesis, frenemy, confidante and crush combined.

Ben's father is a successful entertainment lawyer and so he regularly name drops his dad's famous clients with boastful pride, although his classmates don't understand how his parents, while loving, regularly leave him home alone and its his housekeeper who is the stable adult figure in his life.

Lewison credits his psychology studies for helping him understand his character.

“Ben wants to feel validated. He is so competitive with Devi and wants to get into Ivy League schools because he wants to prove to himself and his family that he is as good as his father. That’s a lot of pressure for a sophomore in high school to put on himself."

He also admires how Devi's character is so layered and “portrayed unbelievably” by Ramakrishnan, in her first acting role. Devi sometimes has bursts of misplaced anger over the recent, unexpected death of her father, and often makes poor decisions. She sees a therapist (played by Niecy Nash.)

“Devi is an incredibly complex character and written so beautifully,” said Lewison. "Our show handles the messiness of teen life really well and approaches those topics with such care.”

He may be juggling a full course load when filming, but one of Lewison's lecturers, Leslie Berntsen, credits his follow-through. Berntsen had Lewison as a student in her Introduction to Psychology class and says he reached out early with a heads up about his crazy schedule.

She recalled over email: “He said he had just been cast in a new Netflix show and was committed to balancing that job with a full course load." She said her response was congratulatory, but she also made clear that he would be “held to the same standards” as his classmates.

When Berntsen later watched “Never Have I Ever,” she made the connection that the Ben Gross character was played by Lewison, her student.

“I saw his name during the opening credits and spent a good minute or so racking my brain from where I recognized it. It hit me as soon as his character was introduced, so I emailed him to let him know just how impressive it was that that’s what he was doing at the same time as my class,” she said.

Lewison also makes sure to communicate with the production coordinators on “Never Have I Ever” about school conflicts.

“If I give them enough notice, if they’re able to, they may switch a scene around so that if I have a midterm and I have to sit for it, they’ll help me do that. We work together," he said.

Lang Fisher, the “Never Have I Ever” co-creator and showrunner, says she was aware early on that Lewison was choosing to attend college while on the show, but it's never been an issue. He's always prepared and organized.

“When I think of 20-year-old men, I think of open ramen containers, like, underwear, beds unmade and just like slobs basically. I have three younger brothers and I think of slobs," she said. “And he is just so mature and really just pushes himself. He comes to set. He knows his lines cold. He always has the smartest questions about a scene. Whenever we have table reads, he’s like the one person who's got his Zoom ready to go and has no technical difficulties and has the right headphone setup.”

Co-creator Mindy Kaling believes Lewison made the right decision to continue with school and thinks he will be better for it.

“I learned so much during my collegiate years, and I think his years at USC will inform his artistry. I admire Jaren for tackling two major, life-changing challenges,” she said over email.

Lewison says while he has good time management skills, he was naturally worried about the demands of both work and school.

“I thought I’d be more stressed out and I’d have a lot of anxiety. It’s really been the opposite," he said. “I’ve found that every second that I’m at work, I can’t believe it. It genuinely feels like my dreams come true every time that I’m there.”

The friends he's met through school aren't in the business.

That optimism and commitment to being present is a family mantra: Remember the feeling. He often uses it in social media posts.

“It was passed down from my grandfather, from my father to me, and I’ll pass it on to my kids one day. And oftentimes what that means is you stop and remember how lucky you are in a specific situation.”

“Never Have I Ever” debuted its first season during the height of the pandemic and was one of the critically-acclaimed shows of 2020. Because of the timing, there weren't red carpets to attend or parties to socialize with other Hollywood types.

Lewison says he's just happy the show made an impact during a dark time.

"Mental health is something that I’m really passionate about. To be a part of a show that was such a light for so many people is really impactful for me personally, and for the rest of our cast and crew.”

Fame is catching up. “I have been getting recognized a little bit in my hometown and on campus," said Lewison. "Sometimes even over Zooms during class, I would get private messages if I had my camera on."

Lewison isn’t the first actor who has attended college while working as an actor. Brooke Shields famously graduated from Princeton. Natalie Portman graduated from Harvard but later revealed that she worried classmates would assume she only got accepted because she was a famous actor. Claire Danes went to Yale for two years before leaving, saying she felt “basically fulfilled.” Emma Watson graduated from Brown University in five years. She took two semesters off to work.

Turkey evacuates panicked tourists by boat from wildfires
Jul 31, 2021 9:58 AM