TORONTO — Shares of Magna International Inc. rose more than eight per cent by mid-day Friday, after executives said the auto parts maker can grow despite a computer chip shortage plaguing the auto industry.
Feb 19, 2021 9:20 AM By: The Canadian Press 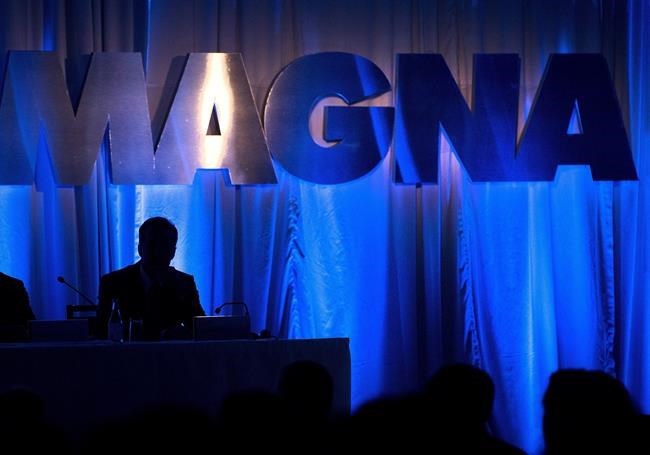 TORONTO — Shares of Magna International Inc. rose more than eight per cent by mid-day Friday, after executives said the auto parts maker can grow despite a computer chip shortage plaguing the auto industry.

"With respect to the semiconductor shortage, we see near term disruptions to (manufacturers') production. However, at this point, any shortages is expected to be made up by the end of 2021," said Chief Finacial Officer Vincent Galifi on a conference call with analysts.

This year's semiconductor shortage has led several auto companies, such as Stellantis and General Motors, to idle Canadian plants for periods of January or February. It comes on the heels of other recent assembly line stoppages in North America, after 2020's COVID-19 pandemic shut down production last year, and union workers' strike in the U.S. in 2019.

But new chief executive Seetarama Kotagiri, who was previously Chief Technology Officer and took over as top boss on Jan. 1, hinted that Magna has a high-tech investment strategy as auto makers have announced lofty commitments on electric vehicles, and technology companies like Apple are reportedly deepening their auto expertise.

While Kotagiri sidestepped a question directly about making a car for Apple, he noted that electric vehicle company Fisker is not the only upstart on Magna's radar. As it builds an electric vehicle with Fisker, Kotagiri said the company is keeping its eye on universities and early-stage companies as some car technology start-ups see ballooning valuations. Kotagiri also said that the company "booked a lot of business" in 2020, pointing to the company's work on electric vehicles and LiDAR, a technology used in self-driving cars.

"I think the push towards electrification... definitely has accelerated compared to what we've seen," said Kotagiri. "Overall, we actually see this as an opportunity going forward. And not even talking about the new entrants and others that are able to contemplate entry into the market."

Magna also raised its quarterly dividend to 43 cents per share, up from 40 cents, as the company's fourth-quarter profit and revenue rose from a year earlier and topped expectations.

Analysts on average had expected an adjusted fourth-quarter profit of US$2.02 and US$10.02 billion in revenue, according to financial data firm Refinitiv.

Sales totalled $10.57 billion in the fourth quarter, up from $9.40 billion, as the company ramped up production after COVID-19 shut down manufacturing earlier in the year. In the first half of 2020, vehicle production had declined 20 per cent in North America amid the pandemic, the company said.

The company has also been cutting back, with plant closures and job cuts early in the COVID-19 pandemic, and winding down the supply chain for closed Ford plants in Brazil.

"When we think about 2020, the first few things that naturally come to mind are COVID-19, a difficult year, and life-changing year, each of which I know we can all relate to," said Kotagiri.

"But bottom line, we are able to recover quickly. No one has been immune to the impacts of COVID, including the severe declines in industry production experienced in the first half of the year. However, production volumes started to recover at the end of the second quarter."

Companies in this story: (TSX:MG)