From space to superhero? Canadian 'Stowaway' star Shamier Anderson on his next goal 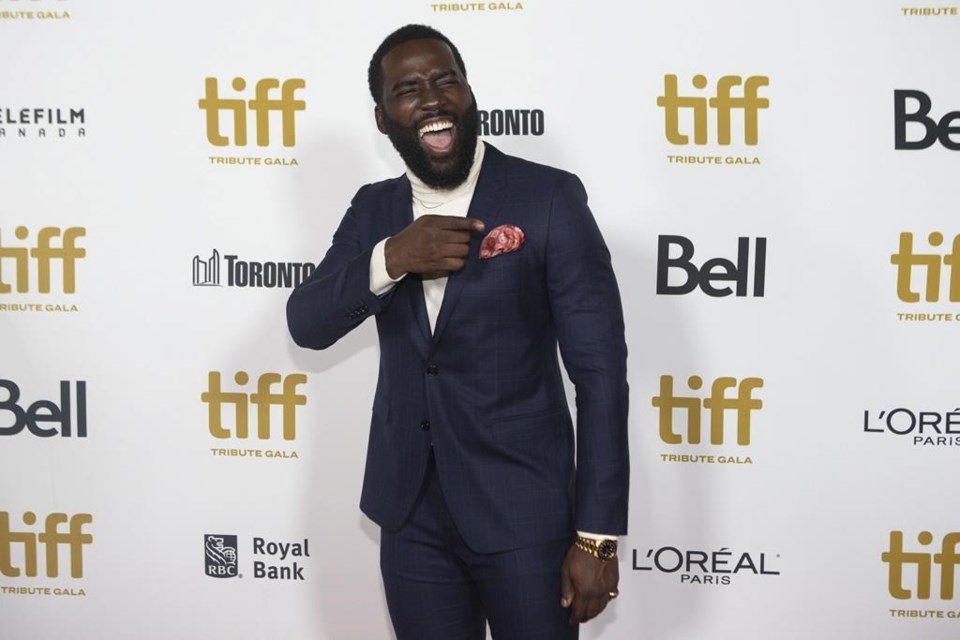 So, what other career goals does he have?

"Marvel or DC, one of the two," Anderson, brother of fellow acclaimed actor Stephan James, said in an interview.

"Me and my brother have this ongoing joke, like, 'Man, the next movie has to be in tights,' because every superhero wears tights. It's like we're in tights season now. Simu Liu, he's wearing tights in 'Shang-Chi' at Marvel, he's a superstar.... But Marvel or DC (Comics), that's next on the bucket list. That'd be incredible."

Liu is among several Canadians enjoying "tights season" with major roles in upcoming superhero projects at Marvel. Others include Tatiana Maslany with "She-Hulk" and Iman Vellani in "Captain Marvel 2."

Anderson and Liu are also a part of the new Seek More campaign from the organization Made/Nous, which encourages Canadians to discover more diverse content and creators.

"Stowaway," which hit Amazon Prime Video Canada on Thursday, is a good example of the kind of programming the campaign wants viewers to look for, said Anderson.

The 29-year-old plays Michael, a space launch support engineer and unintended stowaway on a mission to Mars.

Anna Kendrick, Toni Collette and Daniel Dae Kim play the other astronauts onboard the spaceship, who have to make hard decisions after discovering Michael and realizing there's only enough oxygen for three people.

The film's director and co-writer is Joe Penna, who helmed the 2018 Mads Mikkelsen survival drama "Arctic."

"I love space, I love space exploration, I love planets, I love astronomy," said Anderson, who is also a producer and writer and co-founded The Black Academy with James to help combat systemic racism and celebrate Black talent.

"It's the idea of the sky not being a limit and just defying the odds. My mom was always very esoteric and spiritual, saying, 'You definitely are a star and you're going to go to space,' metaphorically, just letting us know that it was possible. I think that had a subconscious effect, the idea of going beyond the clouds and reaching for the sky."

He shot "Stowaway" over two months in 2019 in a studio in Germany. The entire story takes place in a spaceship that Anderson said was hand-made to look as real as possible.

"There's no green screen outside of the solar system," he said.

Viewers don't see any of the action on Earth, so Michael's backstory comes solely from the script and little touches Anderson added to flesh out his character. For instance, the "bond bracelet" his character wears as a nod to his younger sister was Anderson's idea. He wanted himself and the audience to have something tangible to understand their connection.

Ultimately the story is about sacrifice, compassion and "humans going through a series of unfortunate events" rather than extraterrestrial elements, said Anderson.

"I know there are diverse people in this film, but it's not about their race or their ethnicity, and we don't make mention of that, because it's irrelevant. It's about the human experience. And it's about fear."

The film isn't specifically about "this Black man going through a Black experience, which is important," Anderson said.

But it does show a character "we don't get to see much in cinema — Black individuals who are in this arena, who are in space exploration, who are astronauts, who study that craft," he added.

"For Michael, I feel like his biggest inspiration was Guion Bluford, the first African American astronaut to go to space," he said. "And if I could redo anything, I wish there was a small reference to that, just to show that this man is astute, he knows what he's doing, he loves what he's doing."

This report by The Canadian Press was first published April 22, 2021.