TORONTO — Patrick deWitt has tackled many industries — literature, film and construction among them.
Apr 6, 2021 12:12 PM By: The Canadian Press 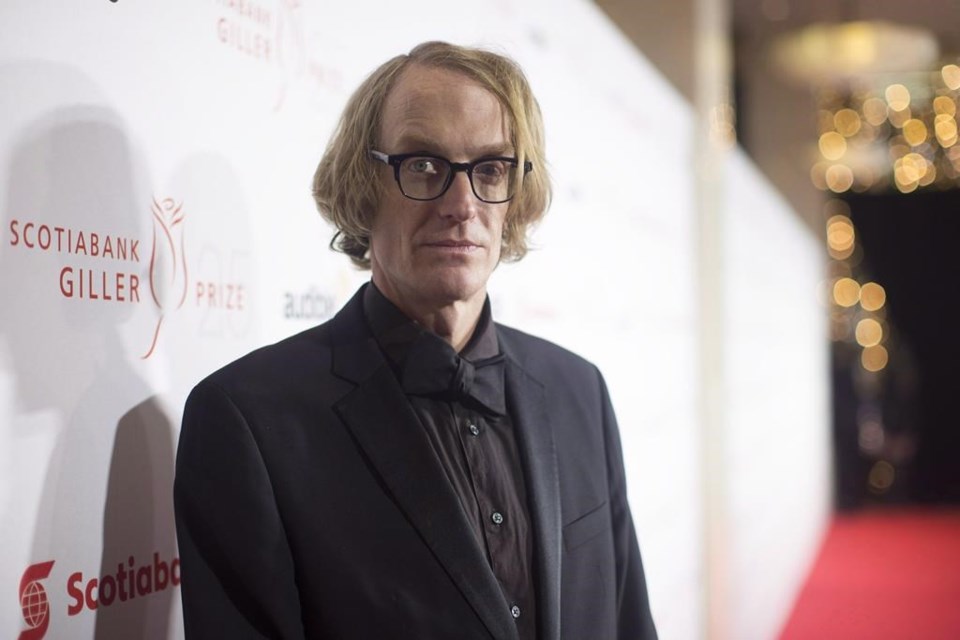 TORONTO — Patrick deWitt has tackled many industries — literature, film and construction among them.

Now, the acclaimed Vancouver Island-born author and screenwriter is looking to further expand his eclectic resume, which includes everything from painting film sets to winning major literary awards.

As he promotes the new film adaptation of his 2018 novel "French Exit," deWitt says he's trying to adapt one of his books into a TV series. He doesn't want to reveal which book yet.

He says he also longs to write and direct a "modest play" that would be performed in his home state of Oregon, with a small cast, simple sets and live musical accompaniment.

"We all would travel together in a bus kind of a thing, up and down the coast doing these plays to who knows — who knows who would want to see such a thing in these small towns — but this is my daydream," deWitt said in a recent phone interview from his home in Portland.

"I bring it up only because it's been a long time, it's been years now where I've felt nagged by this. So I wouldn't be surprised if that occurs, and I'm sure it'll be just an absolute financial disaster and then I'll move on to some other daydream."

The author of the 2011 comical western "The Sisters Brothers​," which stormed the awards circuit and was made into a 2018 film by Jacques Audiard, is also writing another novel.

The new book examines the life of a librarian, from his childhood near the end of the Second World War, to his twilight years.

"I've never really gone this deep before, and I'm enjoying this person's company," said deWitt, whose other acclaimed novels include 2015's "Undermajordomo Minor" and 2009's "Ablutions."

"He's quite sedate and he's less inclined to overt comedy than some of my other characters."

DeWitt also wrote the big-screen adaptation of "French Exit," which stars Michelle Pfeiffer as a Manhattan socialite and widow who flees to Paris after facing the woes of insolvency. Accompanying her on the journey is her son, played by Lucas Hedges, and their cat, whom she believes contains the soul of her late husband.

Azazel Jacobs directed the film, which was partly shot in Montreal and is up for four Canadian Screen Awards, including one for Pfeiffer's performance and another for deWitt's screenplay. It recently hit some theatres and will have a wider rollout in subsequent weeks.

DeWitt said he met Jacobs about 20 years ago at a bar the author was working in while living in Los Angeles. The two became close friends and collaborators, with deWitt writing and Jacobs directing the 2011 film "Terri." The cast included John C. Reilly, who also went on to star in "The Sisters Brothers."

The end of the film differs from the book to avoid having to recreate one particularly graphic scene, he said, adding "that emotionally the story is still the same."

"I've just learned that there are some things which can exist in the mind when you're reading, and it's effective, but translating that to the visual can be challenging, and sometimes to me, it feels wrong," said the author, who visited the Montreal set during shooting.

"There's such a thing as seeing too much."

Where "French Exit" was a quick book to write, deWitt said his new novel is "one of the more fussy projects" he's ever done.

The solitude and quiet that comes with the isolation of the COVID-19 pandemic has helped on that front.

"There was a section of maybe six months or so where I solved the problems of the book, and I think that would have taken me quite a lot longer if I'd had the typical distractions of life," deWitt said, noting that removing Wi-Fi from his home over a decade ago also helps.

He said he and some of his friends were asked to be in it by the Portland-based director Kelly Reichardt, who is also his pal and has tried to work with him before.

For all his career ventures, deWitt has no interest in directing a film.

"I don't think I could do it. It's hyper social. There must be introverted directors, but it just seems like it would be very fatiguing for me. It just seems really full-on," he said.

"Even a small film I think I would probably feel overwhelmed by just the scope of it and the consequences of being in charge of this enormous group of people, and money is at stake and it just seems very high-stress for me. I avoid high-stress situations as much as possible, so I don't see why I would court one by becoming a director."