EDMONTON — Moona Khan says every time she hears the call for prayer playing from the speakers at her mosque, her heart sings and she's happy the tradition is finally being accepted in Canada.
Apr 19, 2021 1:00 AM By: The Canadian Press 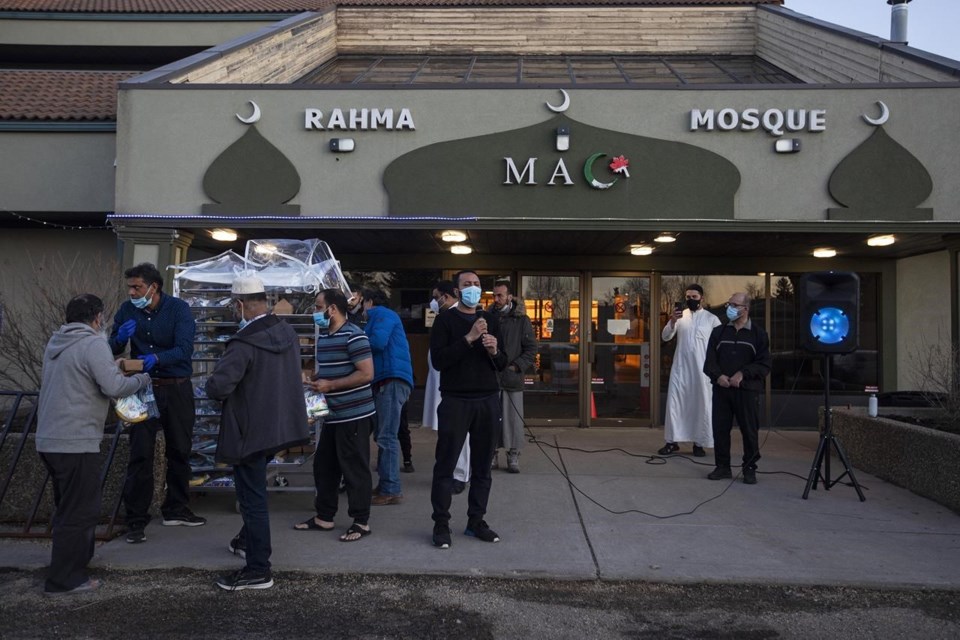 EDMONTON — Moona Khan says every time she hears the call for prayer playing from the speakers at her mosque, her heart sings and she's happy the tradition is finally being accepted in Canada.

The woman from Edmonton says the call, known as the "Athaan" or "Azaan," is usually recited in Muslim countries five times a day and invites congregants to not only pray, but to join their community in goodness.

"To be able to hear it live like that ... it goes deep within my soul. You really (feel) like you belong, like you know your traditions are now being accepted and being celebrated here," Khan says.

The Azaan is usually prohibited under city noise bylaws. But about 40 mosques in Edmonton, some in Calgary and at least one in Mississauga, Ont., have brought the tradition to Canada for the month of Ramadan.

They have been allowed by their municipalities to play the call at sunset, the time when Muslims across the world take their first food and water after fasting from dawn to dusk.

Muslims also mark Ramadan with almsgiving and spiritual reflection on compassion. Large gatherings are a feature of the holy month. Family and friends come together to cook, eat and stand shoulder to shoulder to pray.

That can't happen this year because of COVID-19, but playing the Azaan can help boost morale, says Khan, who is also a board member with the Muslim Association of Canada's Islamic School in Edmonton.

Yasin Cetin, a community outreach and engagement adviser for the association, agrees broadcasting the Azaan is exactly what Canadian-Muslims need to celebrate a second Ramadan in lockdown.

"The challenge is that we miss the communal connection," Cetin said while sitting outside the centre's Rahma Mosque, west of Edmonton, an hour before sunset.

He says he even misses what used to annoy him about Ramadan: finding a parking spot on a busy night of prayers or waiting in line to fill up a plate with food only to learn that someone took all the chicken from the biryani.

"Who would've thought?" he says with a laugh.

This is the second year mosques in Edmonton are broadcasting the call for prayer, but Cetin says it's not the last. The city has given permission to continue in future years, which he says has made this Ramadan more peaceful for Muslims.

"The second time around, knowing that this is a part of an inclusive policy, there's an extra level of comfort in being an Edmontonian."

The Muslim association checked with the city to see if there were any noise or general complaints. There weren't.

At Rahma Mosque, community members gather every night with masks to observe as a volunteer rolls a portable speaker and mic to the front entrance of the building and sings serenely. The incantation echoes across the community for about two minutes.

"It's hard to explain the significance of this," Cetin says. "But looking at last year, we had a number of elders who've never heard the Athaan broadcasting like this since leaving their home countries. They were here listening to that ... for the first time in decades and it was an emotional moment for a lot of them."

Many were moved to tears while sharing with their Canadian children and grandchildren what they never thought they would experience again. Then they came inside the mosque and prayed standing two metres apart.

Bilal Moumad, 14, was the first person to recite the Azaan at Rahma Mosque.

"I just want to make sure there are kids out there that are inspired to recite," Moumad said. "Some kids are shy and I want to bring that power to them. It's peaceful."

Khan said she pulled up in her car with her family just as Moumad was reciting on the first day of Ramadan last week.

"It was surreal for myself and my mom and my husband, because it's something we had never heard in Canada.

"To be able to share that with my children was really special."

This report by The Canadian Press was first published April 19, 2021