OTTAWA — A new study commissioned by the Canadian Medical Association predicts the cost of elder care will nearly double by 2031, going from $30 billion per year to close to $60 billion.
Mar 25, 2021 1:03 AM By: The Canadian Press 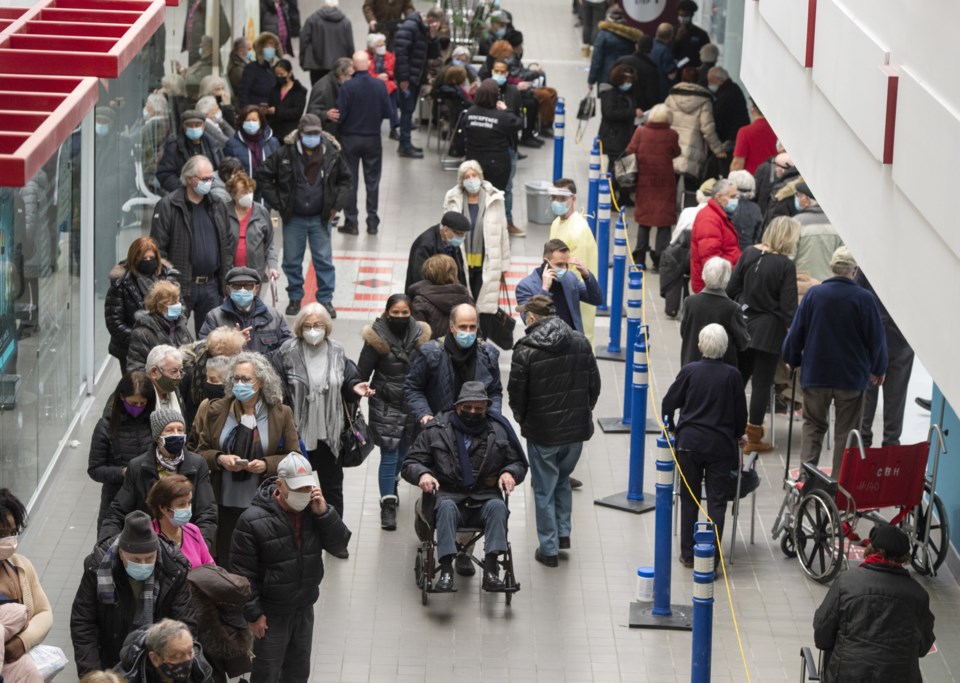 OTTAWA — A new study commissioned by the Canadian Medical Association predicts the cost of elder care will nearly double by 2031, going from $30 billion per year to close to $60 billion.

The report notes that the added strain on the system is expected as baby boomers — the oldest of whom turn 75 this year — move into age groups associated with higher care needs.

The demand for home care will also increase to roughly 1.8 million patients, the CMA says, up from nearly 1.2 million. The increase is projected to cost $490.6 billion over the next 10 years.

CMA president Dr. Ann Collins says the COVID-19 pandemic has exposed "major cracks in seniors' care," adding that improvements beyond "tinkering around the edges" are needed.

The study highlights potential solutions that could lower the cost of services, noting a downward trend in the use of long-term care by seniors.

The CMA says 37,000 Canadians could be diverted from long-term care by 2031 if that trend is sustained by making better use of home care. The move would result in an estimated savings of $794 million per year.

The doctors' group says it is using its report to press the federal government for new demographic-based annual funding to the provinces and territories to support improving elder care, as well as a pan-Canadian plan to improve elder care in Canada.

"It is not hard to imagine what awaits (seniors) in the next decade with no plan in place to address a growing demand for care along with changing expectations for aging at home," Collins said in a release.