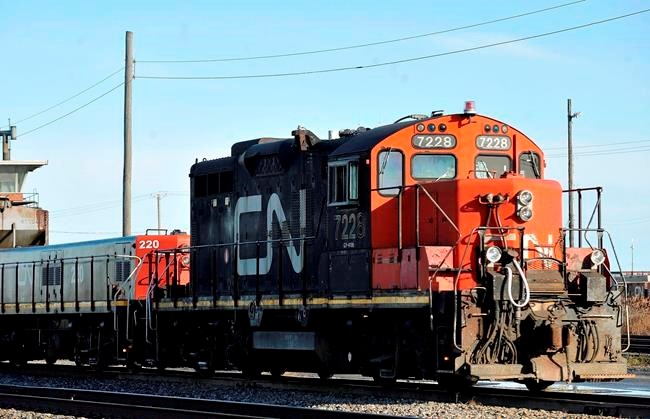 Canada's largest railway said it moved 8.2 million tonnes of grain in the first quarter despite extreme temperatures over large parts of its network in February.

The Montreal-based railway said it has moved 22.7 million tonnes of Canadian grain so far in the 2020-21 crop year, up 19 per cent from the record 19.1 million tonnes moved two years earlier.

“Since the beginning of 2021, Canadian grain farmers, along with all of our supply chain partners, have worked closely with CN's railroaders to deliver record grain performance despite the pandemic and the very difficult operating conditions we faced in February," stated James Cairns, senior vice-president, rail centric supply chain.

Canadian Pacific Railway said it moved 2.53 million tonnes of grain through March 27, according to the weekly results posted on its website. That's up from 2.21 million tonnes a year earlier.

The railway says it was running 14.5 per cent ahead of last year's crop-year to date.

The Calgary-based railway said it moved 21.4 million tonnes of grain last year, with record shipments in January, March and the first quarter.

The record shipments came as both railways have invested in their grain fleets by adding larger hopper cars than the older ones they are replacing.

This report by The Canadian Press was first published April 5, 2021.

Companies in this story: (TSX:CNR, TSX:CP)