TORONTO — When Canadian rapper Powfu's inescapable song "Death Bed (Coffee for Your Head)" graduated from TikTok sensation to passing a billion plays on Spotify this week, he celebrated in the most characteristic of ways.
Jun 9, 2021 10:22 AM By: The Canadian Press 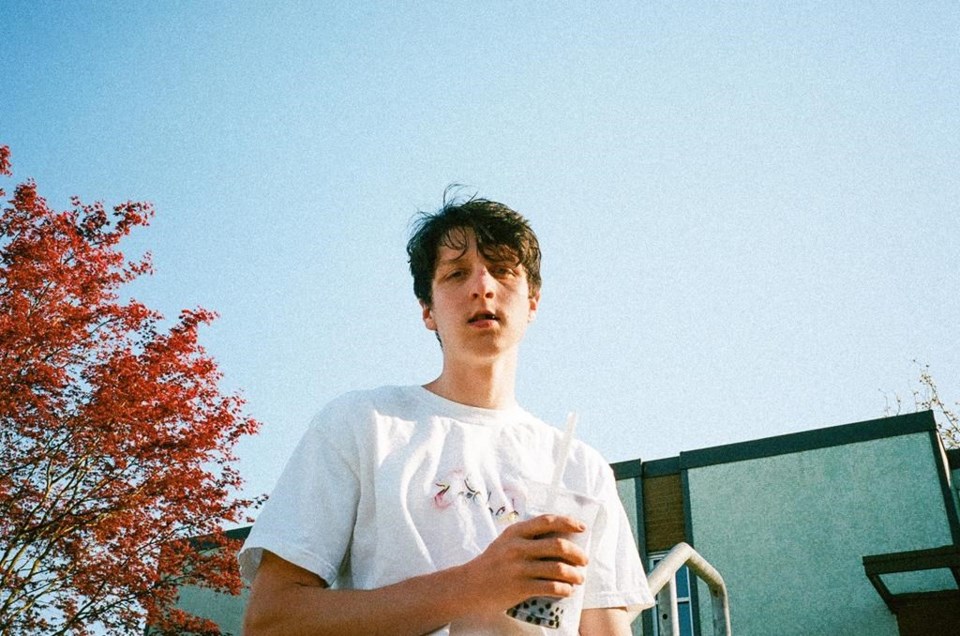 TORONTO — When Canadian rapper Powfu's inescapable song "Death Bed (Coffee for Your Head)" graduated from TikTok sensation to passing a billion plays on Spotify this week, he celebrated in the most characteristic of ways.

"I thanked God, posted on Instagram and shot some hoops," he said Tuesday by email.

Notoriously low-key, the devout 22-year-old born Isaiah Faber finds pandemic fame suits him well, partly because it's given him space to process the sensation of "Death Bed" from the comfort of his family home in Abbotsford, B.C.

The sleepy tune, which uses a sample of British singer Beabadoobee as the hook, was uploaded to his SoundCloud page in early 2019, and it took the better part of a year for TikTok users to make it the soundtrack to millions of videos.

From there, its popularity offline surged, rising to No. 23 on Billboard’s Hot 100 chart last year.

But hitting one billion plays on Spotify, the world's leading streaming music service, puts him among an exclusive group of Canadians including Drake, Shawn Mendes, Justin Bieber and the Weeknd, who each have multiple songs sitting above that threshold.

Across all streaming platforms, "Death Bed" has racked up nearly 2.7 billion streams, according to his U.S. label Columbia Records.

Faber, who still films many of his music videos on his iPhone with his cousin's help, recently spoke with The Canadian Press by phone about using TikTok, staying grounded and why he's ready to tour.

CP: The story of how "Death Bed" went from a song on your SoundCloud page to a sensation on TikTok a year later is pretty wild. How did you learn so many people were embracing the track a year after it came out?

Faber: I started (to see a spike in viewers) on YouTube and I didn't really know why the views were coming in. So I started looking on other apps and TikTok had thousands of videos made with it. I was hyped, mind blown, because … it was just random videos of people using it as background music.

CP: It must have been surreal to be stuck indoors watching your music take on a life of its own. Did you imagine what it would’ve been like to play these songs live?

Faber: I'll watch videos of (late SoundCloud rappers) Lil Peep and XXXTentacion performing and it looks so hype. Every time I make a song I kind of envision I’m performing it. I always work on music just in my bedroom by myself. It's such a different atmosphere to be performing it in front of everybody. But I feel like it'll be such a cool feeling. People usually listen to my music when they're alone, so the fact that all these loners will be listening at the same time, it’ll be really pretty cool.

CP: You've embraced TikTok by uploading a steady flow of videos almost daily. How do you view the platform in the bigger picture of your career?

Faber: Obviously, my label and manager want me to make as many TikToks as I can, because it does help and there's a chance they'll blow up. But it’s pretty hard, like, I don't really know how to come up with ideas because I'm not really a performer or actor.

CP: So how does TikTok work for you?

Faber: I'll upload a lot of unreleased song ideas and it's kind of cool because I see how (the audience will) react to it. If it gets really good reaction, I’ll finish the song real quick and get it out there.

CP: You’ve released a number of EPs (including "Drinking Under the Street Lights" last week), but so far there hasn't been a full-length Powfu album. Since you're from the SoundCloud generation, do you see value in going the more traditional route— something the older folks would call an LP?

Faber: I've never really been a fan of albums because I feel like unless you're a super-fan of somebody, the chances of you listening to an entire album are very slim. I want all my songs to get recognition, so that's why I try to keep it shorter, like four to eight songs.

CP: "Death Bed" was a phenomenon at a time unlike any other in history as people turned to their phones during the pandemic. It's tough to replicate something like that. Do you ever think about trying to make another song at this level?

Faber: I'm not sure if I'll get another song that big. I don't want to say I won't, but the chances are pretty crazy to get another one blowing up that much. I'm just blessed that it happened to one of my songs. I think that's really cool. People call me "one-hit wonder" now and stuff but I don't really care. I just want to make music because it's fun for me. My main goal is to keep putting out music I enjoy making and I know people will like – no matter how many people it is.

— This interview has been edited and condensed for clarity.