At least 70% of vehicle sales must be ZEVs to achieve Ottawa's emissions plan: report

OTTAWA — The C.D. Howe Institute says 70 to 75 per cent of Canadian passenger auto sales will have to be zero-emission vehicles by 2030 in order to achieve the federal government's emissions targets. The think tank says about 7.
Jul 20, 2021 8:49 AM By: The Canadian Press 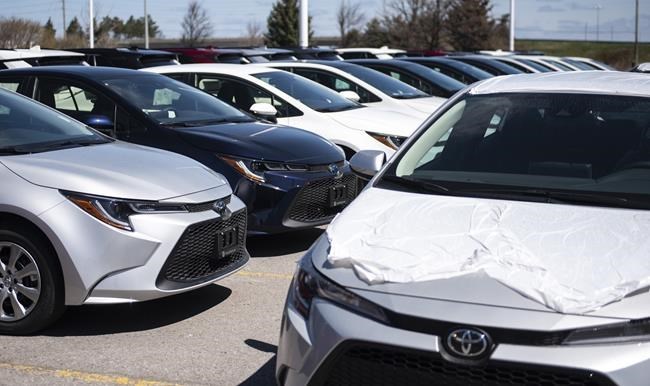 OTTAWA — The C.D. Howe Institute says 70 to 75 per cent of Canadian passenger auto sales will have to be zero-emission vehicles by 2030 in order to achieve the federal government's emissions targets.

The think tank says about 7.7 million electric or other no emission-vehicles would be required to be on the road in 2030, equivalent to 30 per cent of total vehicles, to cut enough greenhouse gas emissions to achieve Ottawa's December 2020 climate plan.

The plan projects a reduction of 213 megatonnes (MT) of greenhouse gas emissions — or 30 per cent of 2018 countrywide GHGs — by 2030. GHGs from transportation are projected to fall to 151 MT from 186 MT in 2018. The federal Liberals recently updated their mandatory ZEV sales target to be 100 per cent of all passenger vehicles in 2035.

The report focuses on passenger and freight transportation, from cars to SUVs and trucks, which are the main sources of the sector’s emissions.

It says the plan requires a 41 per cent reduction in average GHGs per vehicle over the next decade.

The report's authors say the targets could be achieved with an increase in the blending of biofuels, a 2.5 per cent annual improvement in the efficiency of internal combustion engines and ZEVs accounting for 30 per cent of vehicles on the road.

“Understanding the practical implications of transportation emissions goals will support policy-makers in considering the trade-offs involved in achieving those goals,” says the report.

Success will also depend on how quickly Canadians replace their current vehicles with more efficient ones. A trend toward light trucks would require even greater efficiency improvements or higher ZEV penetration.

Ottawa's plan would also require about an 18 per cent reduction in the average emission intensity of freight trucks by 2030.

This report by The Canadian Press was first published July 20, 2021.