At El Salvador's Bitcoin Beach, a glimpse of crypto economy

EL ZONTE, El Salvador (AP) — After El Salvador’s congress made the bitcoin legal tender this week, eyes turned to this rural fishing village on the Pacific coast.
Jun 10, 2021 9:16 PM By: The Canadian Press 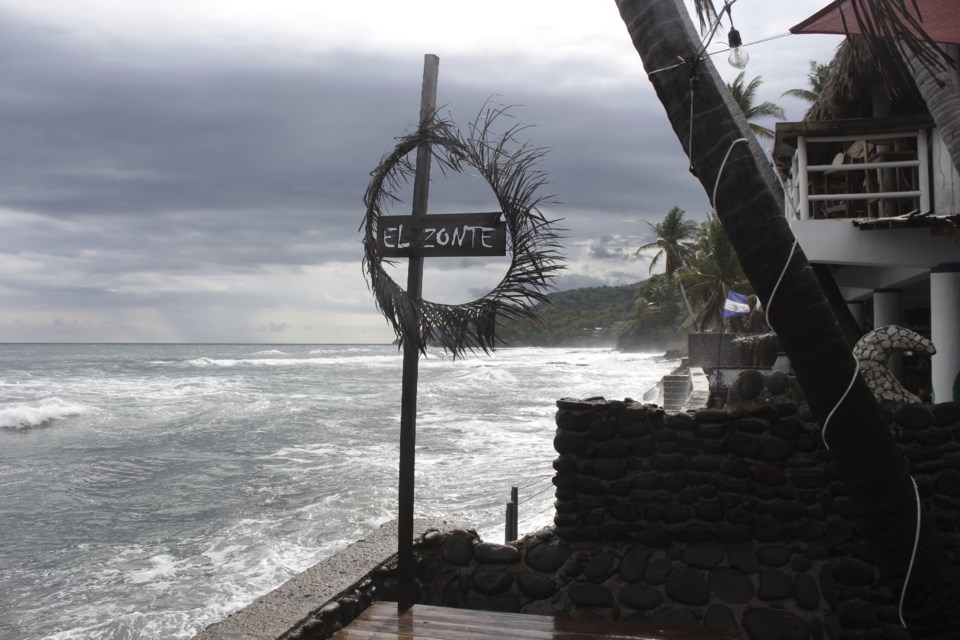 EL ZONTE, El Salvador (AP) — After El Salvador’s congress made the bitcoin legal tender this week, eyes turned to this rural fishing village on the Pacific coast. Known to surfers for its pounding waves, El Zonte has had the cryptocurrency in its economy for the past year.

Some 500 fishing and farming families use bitcoin to buy groceries and pay utilities, something the government envisions for the country at large. Bitcoin already was legal to use in El Salvador but its acceptance was voluntary, so the legislation passed late Tuesday now requires all businesses — except those without the technology — to accept payment in bitcoin.

El Zonte’s mini bitcoin economy 26 miles (43 kilometers) from the capital came about through an anonymous donor who started working through a local nonprofit group in 2019. Supporters of the financial change point to it as a demonstration case for how digital currency could help in a country where 70% of the people don’t have bank accounts.

President Nayib Bukele, who pushed through the bitcoin law, touts it both as a way to help those many Salvadorans without access to traditional banking services and as a path to attract foreigners with bitcoin holdings to invest in El Salvador, which is the first nation to make the cryptocurrency legal tender.

Experts are trying to figure out why Bukele is pushing bitcoin. They say it is unclear how the highly volatile cryptocurrency will be a good option for the unbanked and only time will tell if the new system translates into real investment in El Salvador.

Bitcoin, intended as an alternative to government-backed money, is based largely on complex math, data-scrambling cryptography — thus the term “cryptocurrency” — lots of processing power and a distributed global ledger called the blockchain, which records all transactions. No central bank or other institution has any say in its value, which is set entirely by people trading bitcoin and its value has moved wildly over time.

In El Zonte this week, construction worker Hilario Gálvez walked into Tienda María to buy a soda and snacks to share with his friends. Instead of reaching for his wallet, he paid through an app on his phone.

“It’s easier than paying with bills,” Gálvez said. “I can buy from my house, do the transaction with the application Bitcoin Beach, and I just come to pick up what I need.”

Avilés notes that the volatility of the bitcoin can be a problem.

“People ask me if I recommend bitcoin, I tell them I’ve won, but I’ve also lost,” Avilés said. “When bitcoin hit $60,000, I won and I bought this refrigerated room for the store, but then it went down and I lost."

Román Martínez was a pioneer in using bitcoin in El Zonte. He said the anonymous U.S. donor heard about community projects through the nonprofit Hope House where he works and began working through another American who lives in El Zonte. Hope House shares a building with Strike, a Chicago-based start-up that has been working with Bukele’s government on the nationwide bitcoin launch.

A request by The Associated Press to interview Strike CEO Jack Mallers was not granted. In an email, the company said, “Strike’s app is meant to empower people in all countries, broaden the financial system to include those who have been excluded, and increase economic opportunity around the world, and that is at the heart of this effort.”

El Salvador has used the U.S. dollar as its official currency since 2001, and Strike said that adopting bitcoin "as legal tender will help reduce its dependence on the decisions of a foreign central bank.”

Martinez said El Zonte residents did not have bank accounts, had no access to credit and were forced to handle all transactions in cash. “Now they are small investors whose lives have been changed by bitcoin,” he said.

Some question just how much can be learned from the Bitcoin Beach experiment.

David Gerard, author of “Attack of the 50 Foot Blockchain," said El Zonte is an artificial demonstration.

At Bitcoin Beach, he said, “the bitcoins are traded inside Strike. They don’t actually move on the bitcoin blockchain or anything.”

Gerard said it appears to work because the bitcoin donor keeps pumping bitcoin into the village's system. “That’s not a proof of concept that works. That shows that you can trade this stuff if you’re not trading actual bitcoins and someone massively subsidizes it.”

Adoption had been slow in El Zonte, but took off during the coronavirus pandemic when strict lockdown measures kept most people from leaving home.

“Our donor made three deliveries of $40, converted to bitcoin, for each of the community’s 500 families, and they were trained to use the application and now it’s normal to buy with bitcoin,” Martínez said.

El Zonte even has a Bitcoin ATM, which gives dollars in exchange for bitcoin or takes dollars and gives credit in bitcoin.

Edgar Magaña was in town from San Salvador to convert $50 to bitcoin. He inserted the dollars into the machine and was surprised to see only $47 in bitcoin fractions credited to his account on his phone.

“They took three dollars commission,” Magaña said, adding that he had understood there was no commission. “This is like in the banks.”

To spur national adoption, Bukele said the government would create a $150 million fund to allow people receiving payments in bitcoin to immediately convert them to dollars, reducing the risk of holding the fluctuating digital currency.

Jessica Velis, who runs the El Zonte business where the ATM is located, said some people here are already receiving remittances from abroad in bitcoin.

Salvadorans received some $6 billion in remittances last year from relatives living abroad, mostly in the United States. Bukele has said adopting bitcoin could save on the costs of sending that money home.

Not everyone in El Zonte is sold on the idea.

At Olas Permanentes, one of the town’s most popular restaurants, customers have been able to pay using bitcoin. But when the waitstaff was asked if they use it, they all said no. Some said they didn't have higher-end cellphones needed to download the app, while others said they had doubts about how it worked.

“They pay me in dollars and in cash,” said one waitress, who declined to give her name.

Walking through town, a woman who only gave her name as Teresita, was asked if she used bitcoin. “Not me, I prefer to have the bills,” she said.