Toronto Blue Jays president Mark Shapiro helped guide a rebuilding effort through most of his tenure with the team. Now he'll get a chance to try to finish the job.
Jan 13, 2021 8:55 AM By: Canadian Press 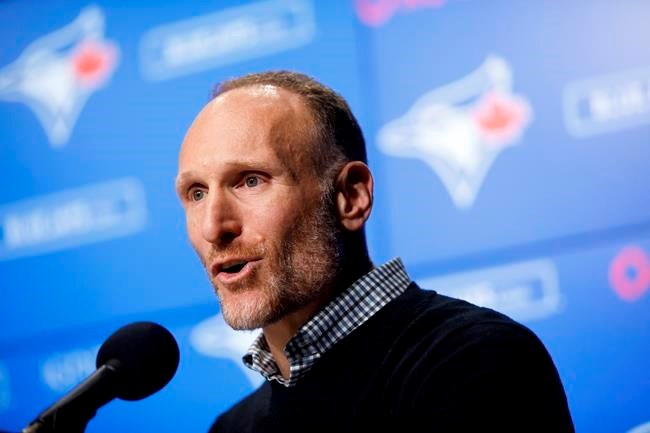 Toronto Blue Jays president Mark Shapiro helped guide a rebuilding effort through most of his tenure with the team. Now he'll get a chance to try to finish the job.

"Mark's leadership and commitment to excellence over the last five years have been critical to the team's growth and development," Rogers chairman Edward Rogers said in a statement on Twitter. "We're extremely pleased that Mark will continue to lead the Toronto Blue Jays and build on the team's progress as we work towards our goal of bringing a World Series championship back to Canada."

Shapiro was formally introduced in November 2015, shortly after the Blue Jays' appearance in the American League Championship Series. Ross Atkins was hired as general manager a month later and the Blue Jays returned to the ALCS in 2016 before a three-year rebuilding effort took hold.

With young players like Bo Bichette, Cavan Biggio and Vladimir Guerrero Jr., now anchoring the team, the Blue Jays improved in 2020, earning a wild-card spot with a 32-28 mark in the the pandemic-shortened season.

Major League Baseball's expanded playoff structure helped Toronto land the eighth and final playoff berth in the American League. The post-season appearance was brief as the Blue Jays were swept in two games by the Tampa Bay Rays.

Shapiro's extension was expected as he hinted one might be coming on an end-of-season media call last October.

“From a personal and professional standpoint, I am thrilled to continue being a Toronto Blue Jay," Shapiro said Wednesday in a team statement. "I am fortunate to work with exceptional people and am proud of the progress we have made together, to build a culture, community, and clubhouse that our incredible fans can cheer on.

“Living in Toronto and Canada has been life changing for me and my family and I am excited to experience the feeling of winning a championship with this city and country. I would like to thank Edward Rogers, the Rogers family, and the Rogers executive leadership team for their support and commitment over the past five years and in the years to come.”

Shapiro was president of Cleveland from 2010-15 and had been with the club since 1992. He succeeded the retiring Paul Beeston as Blue Jays president.

The Blue Jays, who have been relatively quiet so far this off-season, may have to play home games in the United States again due to border restrictions.

The team is hoping to be able to play at Rogers Centre in 2021 but has yet to announce its backup plan if that is not possible. The Blue Jays played most of their home games at Buffalo's Sahlen Field last year.