WINNIPEG — The Manitoba government is loosening many restrictions on stores, gyms, restaurants and household gatherings as its COVID-19 case numbers continue to drop.
Mar 2, 2021 11:51 AM By: Canadian Press 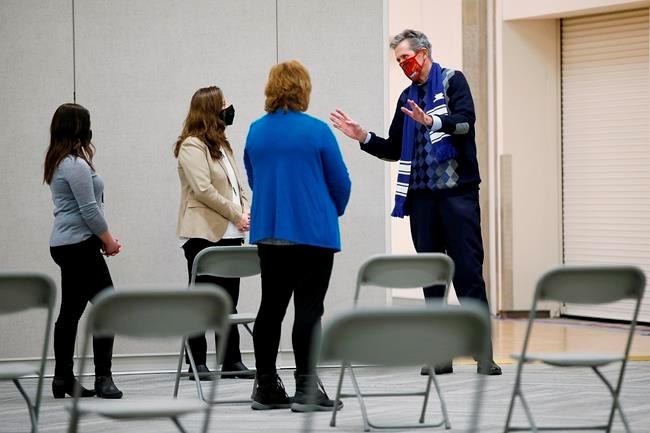 WINNIPEG — The Manitoba government is loosening many restrictions on stores, gyms, restaurants and household gatherings as its COVID-19 case numbers continue to drop.

Starting Friday, maximum capacity at stores and restaurants will increase to 50 per cent from 25, although restaurants will still have to ensure that only members of the same household sit together.

People who want to hold gatherings in their home will have more options. Currently, people are allowed to designate up to two people from different households as visitors.

On Friday, people will be able to choose between that option or designating one entire household to visit, in essence, creating two-home bubbles.

Outdoors, a limit on public gatherings will jump to 10 people from five.

"That's why we're able to begin to look at other options to cautiously reopen services in Manitoba."

The Opposition said the government should expand the two-households rule to restaurants.

"I wonder why a grandparent couldn't sit with their grandkids at a restaurant, if, in fact, they are part of that same (two-) household bubble," NDP Leader Wab Kinew said.

Health officials reported two additional COVID-19 deaths and 64 new cases Tuesday. However, eight cases from unspecified dates were removed due to data corrections for a net increase of 56.

The percentage of people testing positive, which peaked near 13 per cent in the fall, was down to four per cent.

The looser rules to take effect Friday will also allow fitness facilities to restart group classes, although masks will be required.

"These changes, once again, are cautious changes to ensure we continue to protect and safeguard Manitoba lives," Premier Brian Pallister said.

He also announced another round of grants to businesses and charities that have had to scale back due to public-health measures. Like the previous two rounds, the new one will offer each business up to $5,000 to make up for some lost revenue.

The loosening of some restrictions is not a sign that life is returning to normal, Roussin said. People must remain cautious, wear a mask and stay home if they are ill.

"We are getting closer ... but we still have more work to do."

This report by The Canadian Press was first published March 2, 2021.