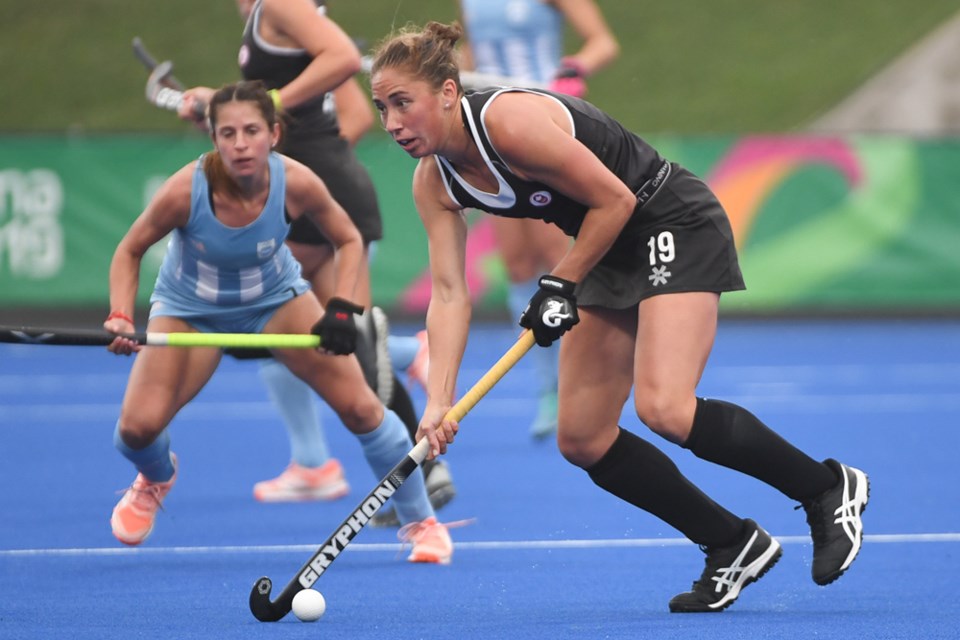 Stewart first joined the national program in 2012 as a junior players before bumping up to the senior squad to earn her first international cap in June of 2013, scoring in her debut match against Ireland. Over the next eight years she made 99 total appearances for the senior national team, scoring 21 goals for Canada.

Notable highlights include two medals at the Pan Am Games, including a silver in Lima in 2019 and bronze in Toronto in 2015. She also took part in the Commonwealth Games in Glasgow in 2014.

A release from Field Hockey Canada this week noted that Stewart stepped away from the national program in September of 2020.

“COVID-19 forced me to look at some of my other goals that had completely just taken out of my mind for years, because I was focused solely on qualifying for Tokyo,” Stewart stated in the release. “It forced me to slow down and remember some other things that I’m passionate about.”

Stewart said it was tough to walk away from the national team just one cap away for 100.

“It was hard learning how I could be okay with where my career was and be happy with it, without having certain medals and accolades and even ending my career at one cap away from a hundred, which is a big milestone,” she said. “It took some time and I don’t know if I can let it go right now, but I’ve come to terms with it. I’m super proud of being an athlete, but it’s not the only thing I have to offer. And it’s not my only success in life.”

The Carson Graham grad is now coaching young athletes at the West Vancouver Field Hockey Club, looking forward to sharing her wisdom with the next generation of players.

“I think a lot of girls playing field hockey are afraid to mess up,” she said. “Like so many girls I coach, they don’t want to do a backhand hit because they’re scared it’s going to stop on the turf or they’re just going to miss the ball. It’s important realizing that mistakes only make you better.”