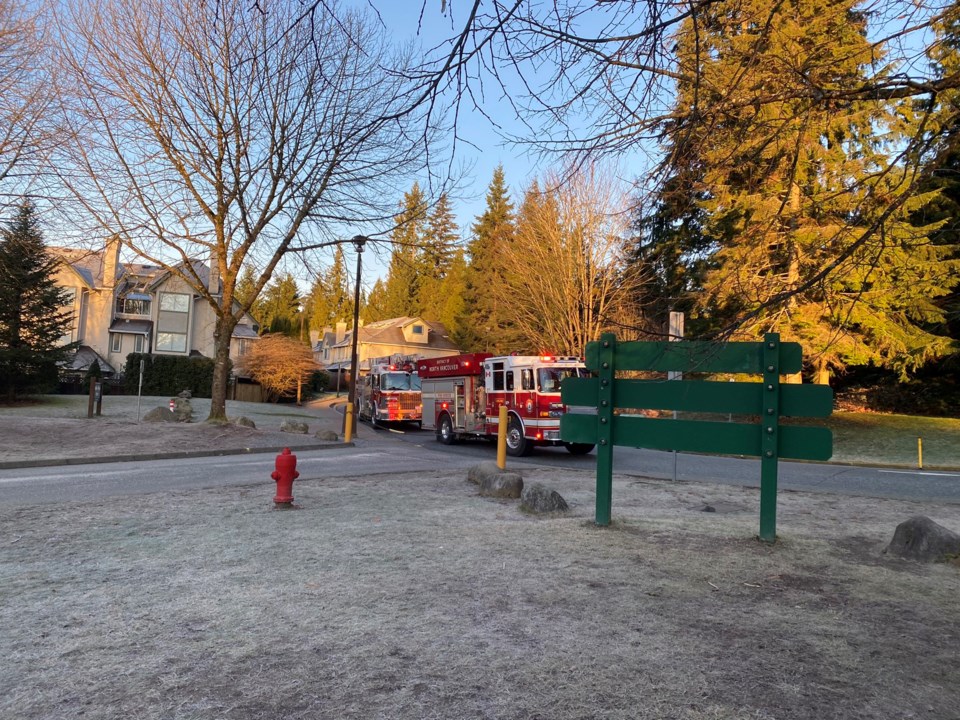 David Dales, assistant chief of District of North Vancouver Fire and Rescue Services, said a little after 7 a.m. on Wednesday (Feb. 24.) they received multiple calls that people could smell burning plastic in the area of the 4000 block of Inlet Crescent and there were alarms ringing at the school.

“First an engine company arrived, and they entered the school and found that there was a small fire in one of the mechanical rooms,” said Dales.

He said multiple apparatus, including two engine companies, a tower, and a chief officer attended the fire, and it was “knocked down very quickly.”

“It was just a very small, contained fire but there was a lot of plastic smoke and the smell of plastic was quite high inside the building,” Dales explained.

Until the air circulated, no children were allowed back into the school. Dales said it would take about a day for the smoke to clear.

He said the cause of the fire is currently under investigation and it was not suspicious.