For the first time ever, proteins from ancient frozen canine feces have been extracted to reveal more about how Arctic sled dogs and humans interacted at least 300 years ago.

Researchers at the University of British Columbia analyzed the so-called “paleofeces” using paleoproteomics, a technique that allowed researchers to discover which tissues the proteins originated from and therefore which parts of animals were consumed. The paleofeces themselves were buried in Arctic permafrost in the Nunalleq archaeological site, near Quinhagak, Alaska.

Anne Kathrine Wiborg Runge is a PhD student at the University of York was the lead researcher behind the project. Runge spoke to why the diet of sled dogs in the 17th Century is an important area of study in the first place.

“The lives of dogs and their interactions with humans have only recently become a subject of interest to archaeologists,” Runge explains. “This study of their dietary habits reveals more about their relationship with humans.” 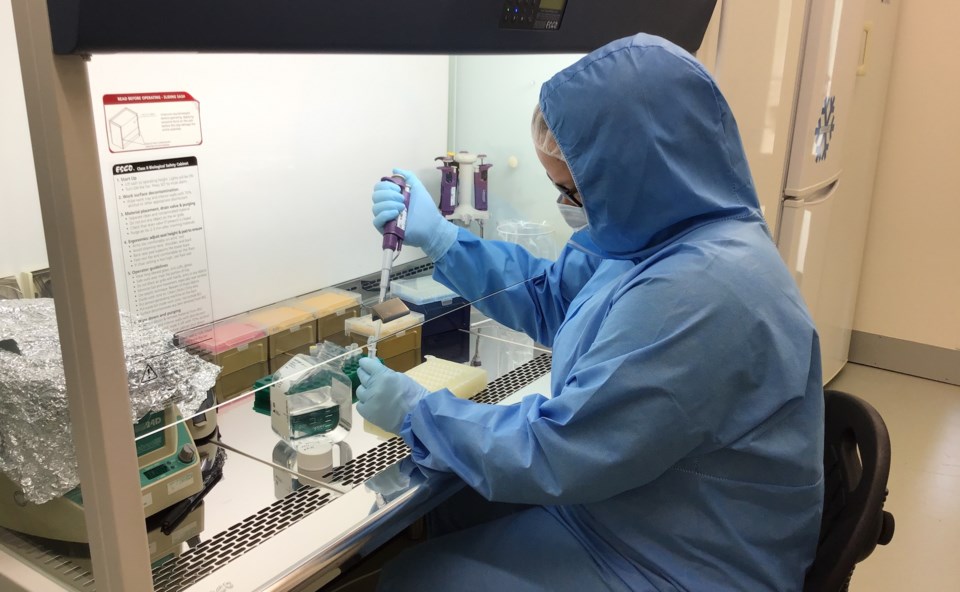 Anne Kathrine Wiborg Runge, the lead author of the study, pictured taking samples in the laboratory. By Katharina Dulias

Runge explains the dogs may have been fed differently or less frequently in summer, or been let loose to fend for themselves.

“Working sled dogs are a particularly expensive resource, requiring up to 3.2 kg of fish or meat every day and provisioning of dogs would therefore have played a significant role in the food procurement strategies of past Arctic culture,” Runge said.

Dr. Camilla Speller, a UBC anthropologist and senior author of the international study added the the breakthrough could help scientists better understand how dogs’ gastrointestinal health has evolved.

“The recovered proteins reveal that the sled dogs consumed muscle, bone, intestines and roe from a range of salmon species including Chinook, Sockeye, Coho and Chum,” Speller said. 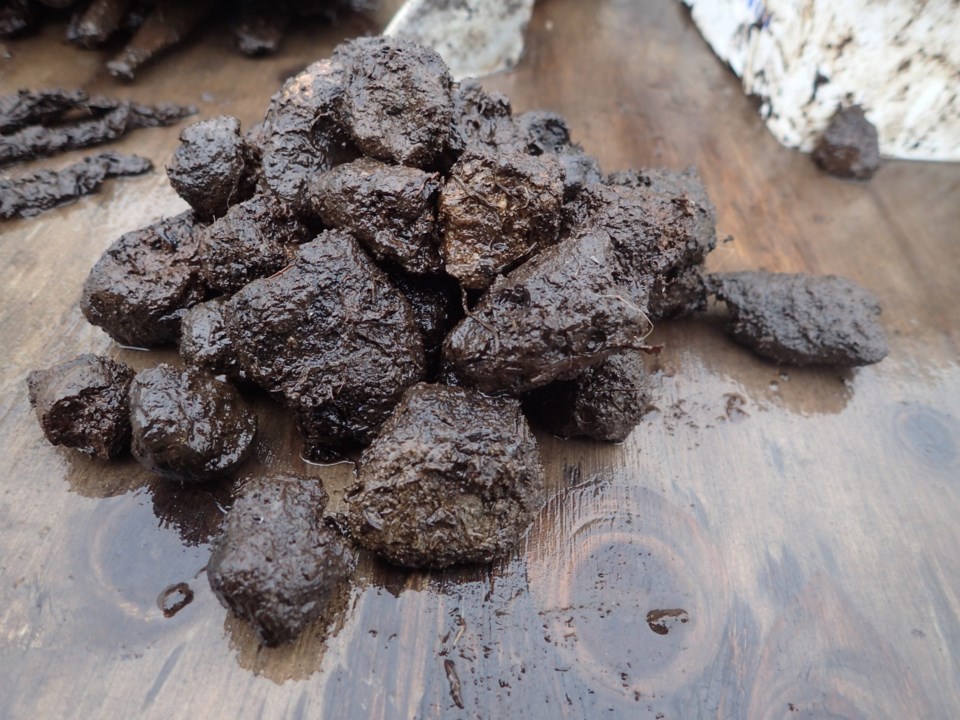 Researchers at the University of British Columbia analyzed frozen feces buried in Arctic permafrost in the Nunalleq archaeological site, near Quinhagak, Alaska. By Richard Knecht

Researchers say the paleofeces were so well-preserved that odour was present when the feces were broken in half.

The study found that the presence of salmon roe in the paleofeces also sheds light on the time of the year in which the paleofeces were deposited and points to the summertime since salmon spawn in the fall.