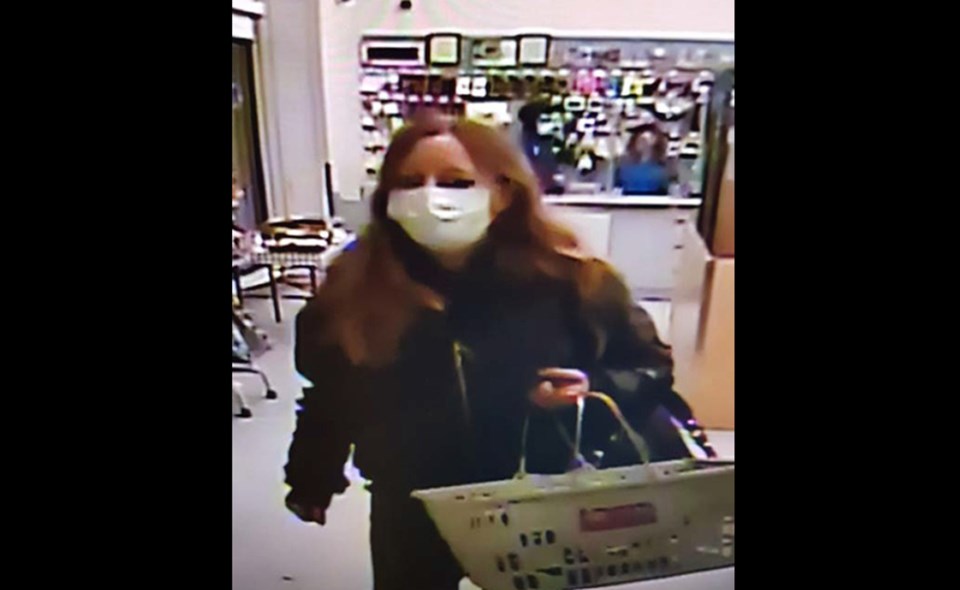 Police in Prince George is looking for a woman who is suspected of stealing $500 of perfume and threatening to stab staff at a local Shoppers Drug Mart.

Spokesperson Cst. Jennifer Cooper says RCMP received a report shortly after 9 p.m. on Tuesday (March 2) that there had been a theft from the drug store in Spruceland Mall.

Cooper says employees saw a woman with several hundred dollars worth of perfume in a basket try and leave the store.

Staff attempted to confront the woman, who then threatened to stab them before leaving the store on foot across Highway 97.

Cooper says extensive patrols in the area by officers were unsuccessful in finding the suspect.

The woman is described as:

Prince George RCMP are looking for the owner of a stolen saddle
Mar 2, 2021 9:35 AM
Comments