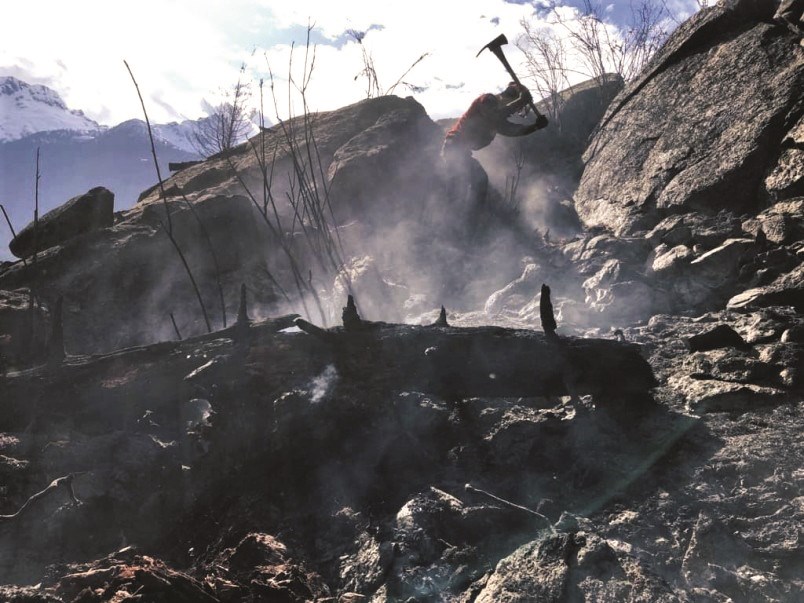 While Whistler and the Sea to Sky are enjoying sunshine and hot weather this week, the BC Wildfire Service (BCWS) is anticipating a “normal” fire season for the rest of the summer—depending on when or if “Juneuary” arrives.

“We’re going into the spring with enough rain [having] occurred over the winter for the forests to rehydrate themselves well, so we don’t have drought on the Coast at this point … which is great news,” said Donna MacPherson, fire information officer with the BCWS’ Coastal Fire Centre.

But the long-range wildfire forecast depends on what happens in June, MacPherson added.

“June we call ‘Juneuary’ on the Coast because sometimes, like last year, it’s cool and it’s wet,” she said, adding that the prolonged periods of rain and cool temperatures often seen in June serve to rehydrate Coastal forests “really, really well.”

When that happens, as it’s expected to this year, forests are in good shape during the typically dry months of July and August.

“If we don’t get Juneuary, and we have dry April, May and June and then we go into July and August, that’s usually when it’s a higher-than-average fire season for us,” MacPherson said.

For Whistler, a week of hot weather and blue-sky sunshine is pushing the local fire danger rating to high heading into the weekend.

“Hopefully the weather is cooling down a little bit, and the weekend looks like it’s going to rain, so we’ll get a bit of a reprieve,” said Chris Nelson, deputy fire chief with the Whistler Fire Rescue Service (WFRS).

At this point, the message for the public is just to be very cautious, Nelson said.

“It’s early detection, early response, and actually prevention in the first place … So we’re lucky we have enough people out in the forest that do have eyes and ears and are very conscious, and we’re on it.”

Though COVID has impacted the WFRS team in recent weeks—and a number of members are still unable to return to work—the department is now “over the hump,” and there is no impact on its ability to respond to fires, Nelson said.

“We’re fine … throughout the whole [pandemic] we have always maintained a four-person on-duty response; the first-out truck,” Nelson said, adding that only one paid-on-call staff member reported contracting the virus.

“So we are very fortunate that the paid-on-call staff were minimally affected. It was more so the career staff that was more affected, through a number of different circumstances.”

The surge in COVID cases in Whistler in recent weeks has also hampered the WFRS’ ability to do its weekly training scenarios, though the department has been able to offer online training courses for its members in the meantime.

Depending on how COVID case numbers trend, Nelson said he hopes to resume in-person training on May 10.

“It’s like anything else … the more training you get, the better you become,” he said. “So it’s that balancing act where we’re still an essential service and we have to respond, but we also have to be respectful. We don’t want to spread [the virus].”

Wildfires take over from industry as major source of cancer-causing air toxins: study
Dec 14, 2020 10:53 AM