A new operations centre being built in Coquitlam to store and maintain SkyTrain vehicles will create about 100 jobs in the city.
Apr 29, 2021 3:48 PM By: Janis Cleugh 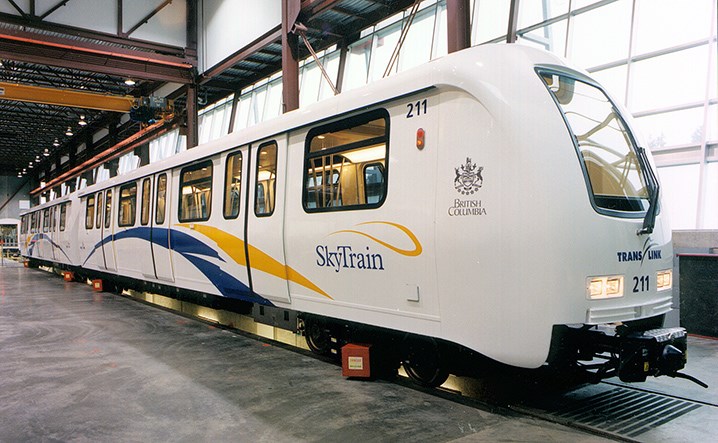 A new operations centre will be built by TransLink, starting in June, at 255 North Rd., in Coquitlam. The storage and maintenance facility is expected to be open in early 2026 to accommodate the new Broadway Line in Vancouver, and one million more residents in Metro Vancouver by 2040.translink

A new operations centre being built in Coquitlam to store and maintain SkyTrain vehicles will create about 100 jobs in the city.

This month, TransLink’s project manager James Lowe told Coquitlam’s council-in-committee that OMC-4 — as it is called — will create construction jobs for five years at 225 North Rd., plus 100 day- and night-shift positions.

Some employees working at OMC-1, in the Burnaby neighbourhood of Edmonds, will also transfer over once OMC-4 opens in early 2026.

The site for the $300-million operations centre was bought by the transportation authority for $82.5 million — one of the largest industrial land purchases made in Metro Vancouver last year.

The 26.8-acre property, commonly known as the Crane site, has had a string of unsuccessful redevelopment bids before city council as it lies in a challenging area: It’s under the Highway 1 overpass, at the bottom of a New Westminster hill and north of Hume Park and the Brunette River; work on the Trans Mountain pipeline is also underway nearby.

Until recently, the property was home to 27 businesses, and all but four tenants have since relocated, Lowe said.

TransLink plans to put out a construction tender for OMC-4 in May, with demolition starting in June. Construction on the main yard is due to begin in October 2022.

Currently, TransLink has 294 (Mark II equivalent) vehicles, of which 228 are stored at OMC-1 (Edmonds) and at OMC-3 (Coquitlam, at Falcon Drive); that number is anticipated to rise to 240, by next year.

By 2027, it is expected the SkyTrain fleet will expand to 397 vehicles to accommodate the new 5.7-km Broadway extension along the Millennium Line, and for future growth (Metro Vancouver is planning for one million more residents, by 2040).

OMC-4 will handle 145 SkyTrain vehicles, with future expansion for up to 170 vehicles.

As about 30% of the design work for OMC-4 is complete, Mayor Richard Stewart suggested TransLink include a pedestrian bridge, over the Brunette River, so workers can get to the site from the nearby Braid Street station, along the Expo Line, in New Westminster.

Asked by Coun. Trish Mandewo if TransLink has changed its plans for OMC-4 since the pandemic, Lowe responded, “I do recognize that COVID has affected ridership but this is a long-term plan. Eventually, like all historical events, this will come to an end…. People cannot stay at home forever.”

Fay Kramer, TransLink’s senior advisor for public affairs, also told the committee that the agency predicts ridership will return to 80% of pre-pandemic levels, by the end of this year, “barring another outbreak or wave” with the global virus.

— with files from Diane Strandberg