A North Shore theatre group has created a new scholarship in honour of one of its longtime players who gave so much to the stage.
May 30, 2020 1:37 PM By: Ben Bengtson 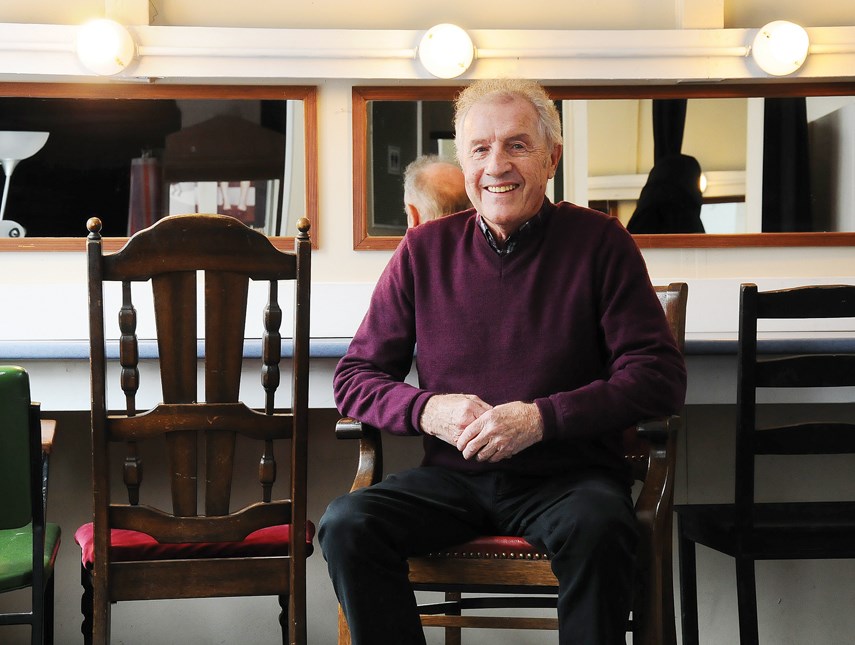 A North Shore theatre group has created a new scholarship in honour of one of its longtime players who gave so much to the stage.

Like many who recall working with Jarvis throughout his 40 years in community theatre, Barclay, who had known Jarvis from doing productions at Deep Cove Shaw Theatre while in high school, remembers his uncanny gift for stepping in to save a production – without stepping on any toes.

“The show was totally falling apart, and everyone was forgetting their lines,” says Barclay.

This was back in 2014, when Barclay found herself strapped to another actor as they attempted to embody a single moving entity in Rumplestiltskin, part of  Deep Cove Stage Society’s annual pantomime performance.

It was the production’s technical week – the week before the show – and, like any actor who has braved the unfathomable and sought to inform and entertain under the bright lights of the stage, Barclay was feeling the stress and butterflies along with everyone else. Jarvis’s calming demeanor and veteran experience changed all of that.

“He was super helpful and caring,” she says. “He supported everyone in the community when it came to performing.”

Jarvis passed away last July. He was 79 years old. He’d been a near-constant presence on the North Shore stage for almost four decades.

Described as having a heavily British sense of humour and always an optimistic edge, he got his start with a starring role as Dame Widow Twankey in the stage society’s 1983 pantomime of Aladdin.

But like any great player who knows all their entrances and exits, Jarvis found as much to do backstage as he did in front of an audience.

Judy Levitt, vice president of Deep Cove Stage Society, remembers when she did her first play with the theatre group in 2012, but she remembers more what came after – when Jarvis, who at that point had already spent many years as a director, board member, as well as co-founding the Deep Cove Shaw Theatre in 1992 in addition to acting, compelled her to join the stage society board as well.

“And that’s his fault,” says Levitt, with a laugh. “I guess he saw something in me.”

But the thing is, she adds, Jarvis always saw something in everyone he encountered through the theatre.

The annual scholarship in Jarvis’s honour, which is for $1,000 applicable towards any year of theatre arts studies at a post-secondary institution, was created to keep his spirit and passion for local theatre alive, according to Levitt.

“He was the heart and soul of our Deep Cove Stage Society,” she says. “He always encouraged younger people to get involved with the theatre.”

Barclay says she was honoured to learn earlier this month that she’d be receiving the first iteration of the scholarship.

She’ll remember Jarvis for many reasons, but most of all it was for his tenacity in showing others that all the world’s a stage – and it’s a world where everyone is welcome.

“He supported everyone in the community when it came to performing,” says Barclay. “Mike was someone who really started my passion for theatre and showed me that anyone can do it.”