Finding a dead bat, or a bat that’s emerged from hibernation too early, could be a sign of white-nose syndrome
Mar 3, 2021 6:30 PM By: Ben Bengtson 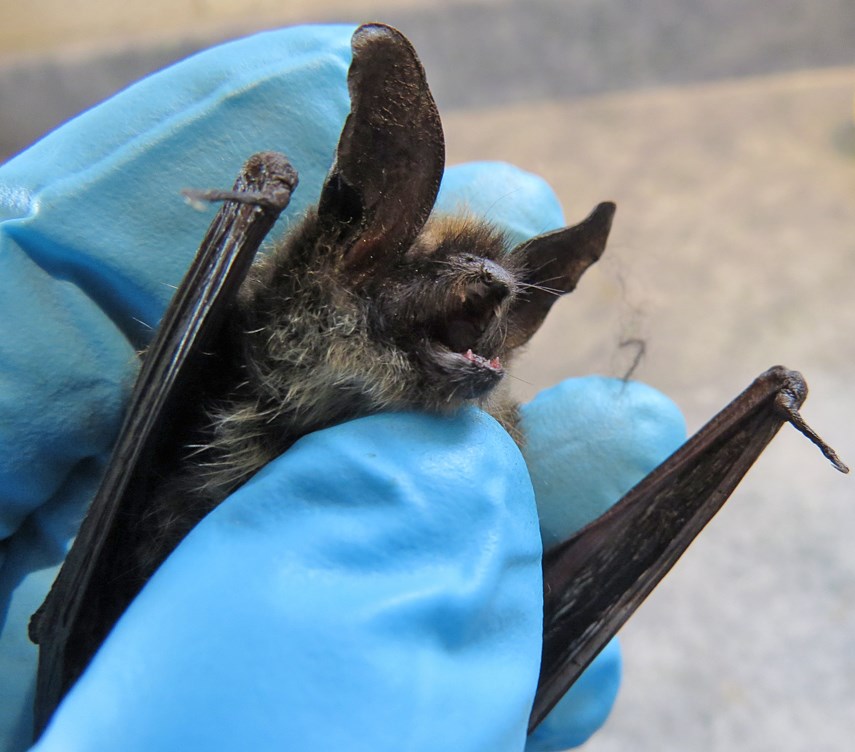 The BC Community Bat Program is asking for the public’s assistance in monitoring the province’s bat health.Cathy Koot
A provincial bat awareness and education program is hoping citizen-scientists and outdoor enthusiasts can help identify early sightings of bats in order to help the organization monitor the winged mammals for a disease that’s harmful to its population.

The BC Community Bat Program, an organization that helps British Columbians care for and understand bats, typically conducts its annual bat count in the summertime after bats have fully emerged from winter hibernation and are more commonly seen throughout the province.

However, finding a dead bat or a bat that’s emerged from hibernation earlier than usual can be an indication of white-nose syndrome, a fungal disease responsible for the death of millions of bats in North America.

White-nose syndrome, which is known to only affect bats, first emerged on the West Coast in 2016. Although it’s been reported in bat populations in Washington, there has not been confirmed cases of the fungal disease affecting bats in B.C., according to Dagenais.

But finding a dead bat, or a bat that has emerged from hibernation earlier than mid-April, could be a sign that they have the condition and the organization wants to know more about it.

“We’re not sure if it’s here. We need people to go out and record if they see any bat activity in late winter/early spring. We want to record that and see where the bats are active,” said Dagenais.

Outdoor enthusiasts and homeowners with roosts on their property may be the first to find evidence of trouble, added Dagenais.

“We expect bats may be hibernating in Squamish as well,” she said.

Bats are also common in Metro Vancouver’s large parks or small urban parks with water sources, such as Trout Lake in Vancouver or Central Park in Burnaby, said Dagenais.

It’s important to monitor the potential impact of white-nose syndrome on the local bat population because bats play an important role in the ecosystem, said Dagenais.

“They consume a vast number of insects in the summertime and that leads to ecosystem services for our forests and for our farmers,” she said.

The BC Community Bat Program is asking the public to inform them when and where any winter bat activity is observed.

The organization reminds people that it’s important to never touch a dead bat with bare hands.