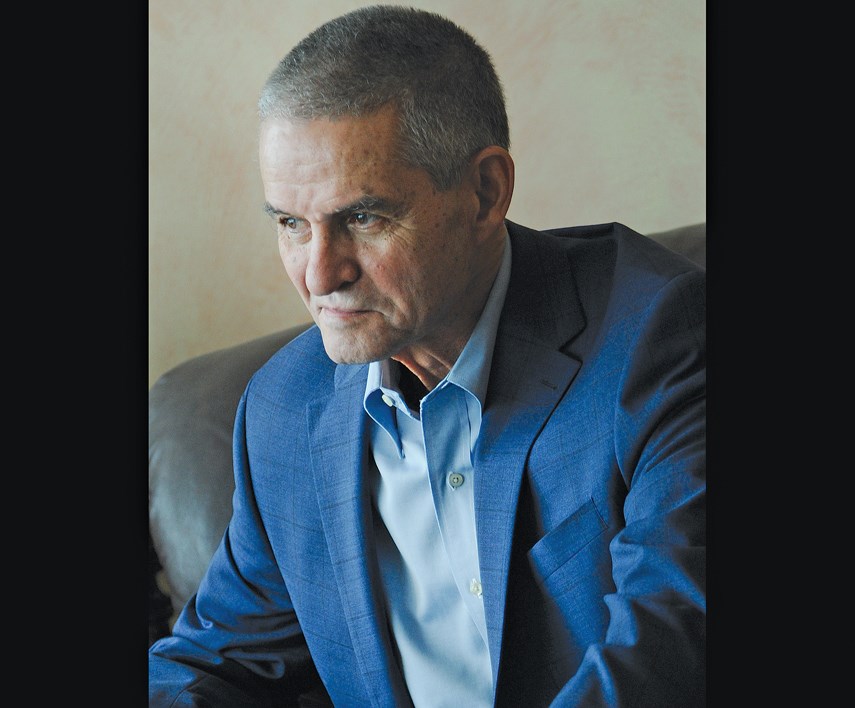 He had a good reason: he was celebrating the retirement and success of another in Ottawa.

“While people were celebrating their investitures on December the 14th my wife and I were celebrating (former chief justice of the Supreme Court of Canada) Beverley McLachlin,” Finch told the North Shore News.

“Needless to say, I was pretty surprised and excited to be offered an appointment.”

In November Finch and 15 other exceptional British Columbians were appointed to the Order of B.C., which is the province’s highest form of recognition.

As a former justice in the B.C. Supreme Court and then the chief justice of the B.C. Court of Appeal, Finch was noted as being a champion for justice innovation and renowned for his thoughtful and intellectually rigorous decisions, according to a government news release.

In a career that spans more than 50 years as a lawyer, trial judge and eventually chief justice, Finch said that he learned many things on his way moving up from one court to another during that time, including the importance of learning on the job.

“As a new judge you’re always worried about whether you’re doing a good job or doing the right thing, and so you pay attention when your cases go to the Court of Appeal,” he said. “You just try and understand what you’ve overlooked or where you may have missed something.”

Finch, who was born in Edmonton, Alta. before his family moved to B.C. in the early 1950s, started his career in 1962 after graduating from UBC law school.

He was called to the bar in 1963 and spent the next 20 years as a lawyer with the firm Guild Yule Schmidt Lane Collier and Hinkson, as it was then known.

“A lot of it was insurance defence work, accidents – car accidents, fires, that sort thing – but also some commercial work and some more administrative law type of stuff. It was a bit of a general mix but it was at a time that a lot of cases got to court that these days probably wouldn’t get to court. I got quite a bit of time in court,” he said.

The seasoned barrister was appointed a justice of the B.C. Supreme Court in 1983. For the next 10 years Finch served the province as a trial judge who heard a multitude of different cases in the realm of criminal, family, commercial law, and more.

He said that serving the Supreme Court was a huge learning experience because “judges are expected to be able to try every kind of case,” but his experience as a lawyer was primarily in civil litigation.

Ever resilient, Finch listened, he learned, he weighed both sides, and he benefited from having excellent mentors, including former Chief Justice Allan McEachern.

In 1993 Finch was appointed justice of the B.C. and Yukon Courts of Appeal and became the chief justice of both courts in 2001.

During the course of his career Finch became an outspoken advocate when it came to justice system issues he felt needed addressing, most notably with regards to people’s access to legal aid and representation.

“A judge will rely a lot on what the lawyers tell them – the kind of evidence they lead, the kind of law they put before them, and so on – and where the system sometimes falls short is when one or other or sometimes both parties are not represented by a lawyer,” he said. “If the people aren’t properly represented … they’re at a big disadvantage.”

Finch sits on the board of Access Pro Bono, a non-profit organization that attempts to match up lawyers with the appropriate skills who are prepared to work for free to represent an individual or party who might not be able to access legal aid or have limited means to afford a lawyer.

“I do believe that governments can and should do more to broaden the scope of its availability,” he said. “I’m very proud of the lawyers that do that.”

He also served on a Law Society of British Columbia committee last year that was tasked with studying legal aid programs in the province in order to make recommendations.

The bottom line, he said: “It comes down to more money from the government.”

Finch retired as chief justice in 2013. Within six months he had been asked to rejoin Guild Yule LLP, as it’s now called, as an associate counsel.

Returning to the firm that Finch started his career at 50 years previously was a great honour, he said.

“There were only two lawyers here who were in the firm when I left. Everybody else is newer and younger and smarter,” he said with a laugh.

“It’s just very nice to have that kind of group around you. I have to say I think I was going to be pretty bored if I didn’t do something.”

Finch and his wife have lived in West Vancouver since 1993, the same year he joined the Court of Appeal.