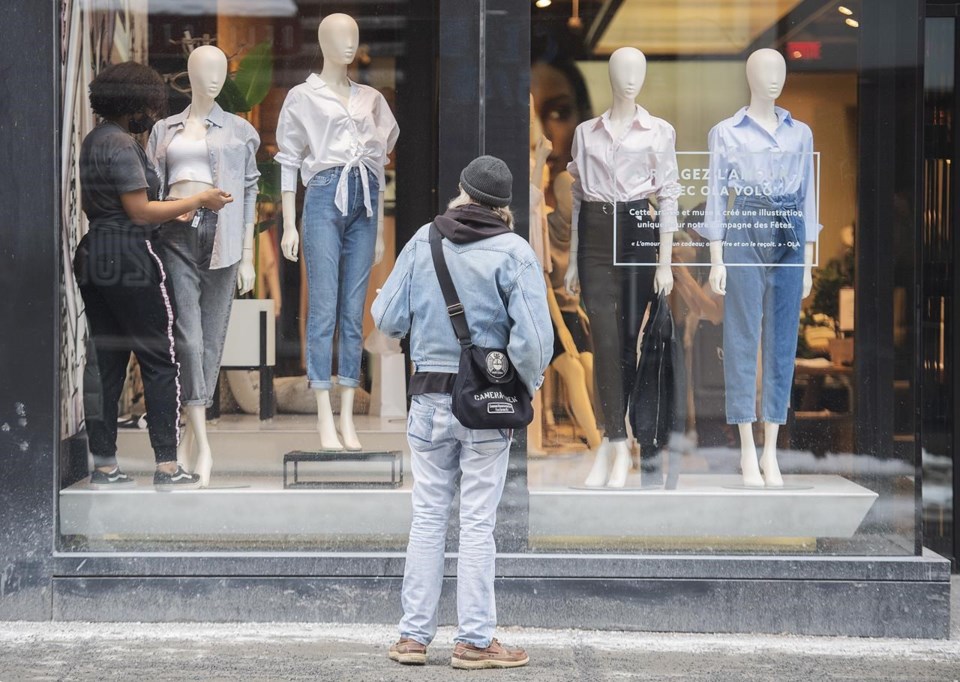 Loosened rules went into effect in Quebec, Alberta and Nova Scotia, while the Ontario government announced that restrictions in some parts of the province would start being eased on Wednesday.

The number of new cases reported daily across the country is continuing to trend down, Tam said in a statement. But she warned that these trends could reverse quickly and that new variants "could rapidly accelerate transmission of COVID-19 in Canada."

"It is crucial," she added, "that strong measures are kept in place in order to maintain a steady downward trend."

In Ontario, which reported 1,265 new COVID-19 cases and 33 more deaths on Monday, Health Minister Christine Elliott said "variants of concern" are spreading in the province and all positive COVID-19 tests in Ontario are now being screened for known variants.

Premier Doug Ford told reporters that while he's concerned about the variants, he was ready to "gradually and safely" return to the colour-coded system of regional restrictions that was in place before the current lockdown order.

The stay-at-home order will be lifted on Wednesday in three regions where COVID-19 cases are low, Elliott said, with other regions set to follow suit in the following weeks.The province is also introducing an "emergency brake" that will allow it quickly move regions back into lockdown, she said.

Across Quebec, where the number of new cases dipped to 853, non-essential stores, personal-care salons and museums reopened Monday. In six, less populated regions, gyms were also allowed to reopen and in-person restaurant dining could resume.

Business owners in the province said they're pleased to be able to reopen but worry about how long it will last.

"I hope that we will stop playing yo-yo," said Susie Huneault, the owner of home decor boutique Casa Luca in the north end of the city. "If we open, I hope we stay open. We can't continue with this formula where we close temporarily."

At the Sugarbowl restaurant, near Edmonton’s busy Whyte Avenue, almost every table was occupied during the lunch hour. Edmonton resident Kevin O’Reilly said he was happy to grab a bite and an afternoon drink with a colleague because the lockdown was getting “very unpleasant.”

However, some restaurants, like Northern Chicken, plan to continue offering only takeout. “We put our staff’s safety first because, on a busy day, a person up front might talk to 200 people a day, and that’s a big risk for them,” owner Andrew Cowan said.

Restrictions on organized gatherings were eased in Nova Scotia Monday, as authorities reported one, travel-related case of COVID-19.

In New Brunswick, a lockdown that has been in effect in Edmundston since Jan. 24 was to be lifted Monday at midnight, though the region will remain under strict restrictions. In Moncton, gyms, salons, entertainment venues and restaurant dining rooms will be allowed to reopen, and people will be allowed to visit with up to 10 regular contacts.

In Newfoundland and Labrador, however, team sports as well as group recreational and cultural activities, such as dance and music classes, were suspended in St. John's after 11 new cases were reported. Chief medical officer of health Dr. Janice Fitzgerald said three clusters without an identified source had been detected in the area.

Meanwhile, Statistics Canada released a report Monday noting a rise in excess mortality among younger men in Western Canada between the spring and fall of 2020. The agency said the increase may be linked to "indirect consequences of the pandemic, which could include increases in mortality due to overdose."

Excess mortality — when more deaths than expected are reported during a specific period — among Canadians under 45 rose from four per cent between March and June to 16 per cent between mid-September and November, the federal statistics agency said.

Men accounted for 77 per cent of those excess deaths, and only British Columbia and Alberta saw "significant excess mortality" among men under 45.

Roughly 50 people under 45 in Canada have died from COVID-19, well below the 440 excess deaths among people under 45 reported from September to November alone, StatCan said.

Among all age groups, there were 12,067 excess deaths between January and November 2020, the study said, which is five per cent more deaths than would have been expected if there were no COVID-19 pandemic.

This report by The Canadian Press was first published Feb. 8, 2021.

— With files from Fakiha Baig in Edmonton and Julien Arsenault in Montreal.