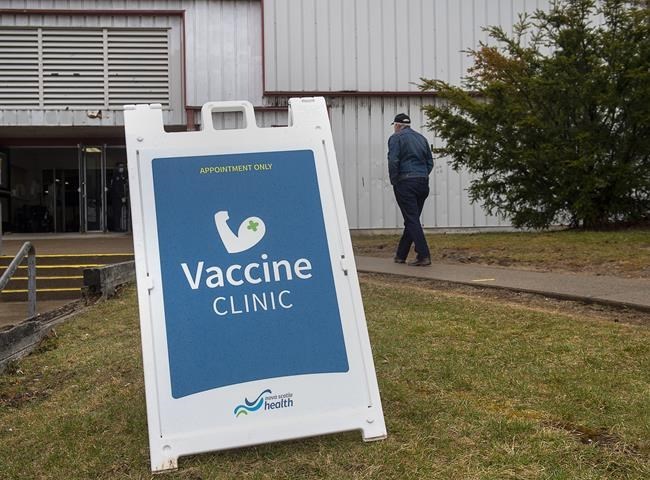 Public health officials reported 63 new cases on Sunday, marking the highest single-day spike since the pandemic first emerged last spring. There are now 263 active reported infections in the province, 115 of which were identified over the weekend.

Premier Iain Rankin and provincial Chief Medical Officer of Health Dr. Robert Strang called a rare Sunday afternoon press conference in response to the climbing case numbers, which Rankin opened with a blistering condemnation of a party that Halifax police said they disperse on Friday night.

Rankin said he was "infuriated" when he found out about the gathering.

"Why?" he asked. "Why would you put yourself at risk? And worse, someone else?"

A spokeswoman for Dalhousie University said students from the school were involved in the Friday-night party.

"We’re actively looking into this matter, have identified (Dalhousie) students in attendance, and are considering immediate suspension and all other options available under the Code of Student Conduct," Janet Bryson said in an email.

Halifax and surrounding communities have been in a month-long, so-called "circuit-breaker" partial lockdown since Friday morning, with residents ordered not to travel into or out of the area. Rankin said Sunday he was expanding that order, and asking people across the province to stay within their communities.

Strang said community transmission is only confirmed so far in the Halifax area, though he said he's concerned about a cluster of cases in Cape Breton.

"We need to assume that all cases are variant cases, they spread more quickly and more easily," he said, referring to a number of variants of concern that have sent infection rates soaring in much of the country. "People are becoming positive after having moderate exposure to someone with the virus. And we didn't see that during (the first or second wave)."

Provincial health officials have once again turned to mass testing to curb the latest surge, an effort that helped them beat back community spread in the Halifax region late last year.

There were 7,520 COVID-19 tests completed across the province on Saturday, according to the Department of health. Just over 4,500 tests were administered at rapid-testing pop-up sites in Halifax, Dartmouth and Sackville.

Officials said 502,922 tests have been completed since the onset of the pandemic. That's more than half the provincial population.

Pamela Willis, a 34-year-old who works in accounting, said she's now been tested five times and figures her friends have been screened at least as often.

"I'd say probably at least 80 per cent of people I know have been tested in the last four days," she said in an interview Sunday, describing the the mass testing efforts as "really unique to Nova Scotia."

Willis said she was swabbed for a rapid test on Friday at the pop-up clinic in the sprawling convention centre in downtown Halifax. "It's literally just a giant room ... set up almost like army hospital-style, where it's just chairs and chairs, and people getting giant Q-tip thingies shoved up their nose," Willis said.

The test took a few minutes, she said, and her negative result was texted to her phone shortly afterward.

There are also rapid-testing sites set up at the East Dartmouth Community Centre and the Alderney Gate Public Library, also in Dartmouth. She said dropping in somewhere for a quick COVID-19 test is now almost routine in Halifax. "It comes down to being a responsible citizen," she said.

"That's exactly how it's supposed to work, we want to identify these people," he said. "If we weren't testing these people, often they're very mildly ill or have no symptoms, and they would still be going about their daily lives, continuing to transmit to others. So the fact that we're seeing more positives, part of it is ... the success of our widespread testing strategy."

This report by The Canadian Press was first published April 25, 2021.

— By Sarah Smellie in St. John's