HALIFAX — New Brunswick remained the Atlantic province with the most active reported cases of COVID-19 on Wednesday, reporting one more death linked to the novel coronavirus and 14 new infections. A person in their 30s in the hard-hit Edmundston, N.
Apr 7, 2021 12:48 PM By: Canadian Press 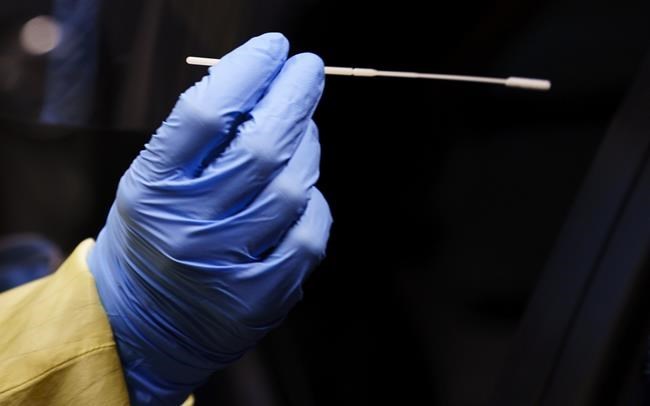 HALIFAX — New Brunswick remained the Atlantic province with the most active reported cases of COVID-19 on Wednesday, reporting one more death linked to the novel coronavirus and 14 new infections.

A person in their 30s in the hard-hit Edmundston, N.B., region, in the northwest of the province, died of COVID-19, health officials said in a news release. The case brought the total number of COVID-19-related deaths in New Brunswick to 31.

“This death is a sad reminder that COVID-19 does not discriminate, and that we must all continue to do everything we can to keep one another safe,” Russell said.

The new cases reported in New Brunswick include 11 in the Edmundston area, two in the Moncton region and one in the Fredericton area. The province has 163 active reported cases of COVID-19, the highest number in Atlantic Canada.

The Edmundston region remains at the province's red pandemic-alert level, under which indoor private gatherings are banned and gyms are closed. The head of the regional health authority on Tuesday said the Edmundston Regional Hospital had reached its capacity and patients from the area will be moved to other hospitals.

Seven of the new cases reported in Edmundston are connected to an outbreak at special care home Foyer St-Jacques.

In Newfoundland and Labrador, officials reported one new travel-related case of COVID-19 on Wednesday, involving a person in their 60s in the western health zone. The province has four active reported cases.

Dr. Janice Fitzgerald, chief medical officer of health, told reporters, "We've had only one travel-related case in the last five days, which is quite remarkable considering that many provinces in Canada are seeing a significant spike in cases."

Fitzgerald said that next Wednesday, high school students will move from online learning to an alternating schedule of in-person classes and remote learning. She said the province is avoiding bringing students back inside classrooms full time because of the risk posed by virus variants.

"We will try to balance it based on risk as well as vaccination rates and we will be continually re-evaluating," she said.

As of Monday, Fitzgerald said, the province had administered about 90,000 doses of vaccine.

Meanwhile, Nova Scotia reopened its provincial boundary to travellers from Newfoundland and Labrador on Wednesday and reported two new cases of COVID-19.

Health officials said both cases were identified in the Halifax area: one is related to travel outside Atlantic Canada and the other involves a close contact of a previously reported infection.

The province has 37 active reported cases of COVID-19 and one person in hospital.

As of Tuesday, the province said it had administered 123,166 doses of COVID-19 vaccine, with 30,069 people having received a booster shot.

This report by The Canadian Press was first published April 7, 2021.