EDMONTON — Front-line workers in Alberta who are at the greatest risk of contracting COVID-19 are to receive one-time, $1,200 cheques under a cost-shared federal-provincial program.
Feb 10, 2021 3:43 PM By: Canadian Press 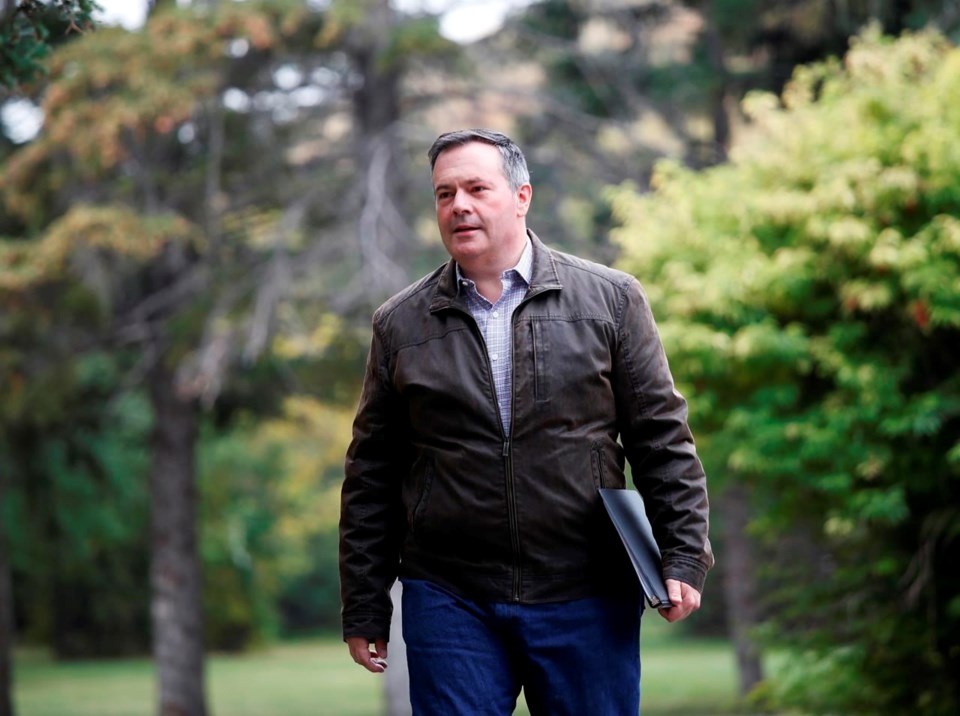 EDMONTON — Front-line workers in Alberta who are at the greatest risk of contracting COVID-19 are to receive one-time, $1,200 cheques under a cost-shared federal-provincial program.

Premier Jason Kenney says the $465 million is to go to about 380,000 public and private- sector employees.

He calls it a way to reward them for their work, despite personal risk, to keep people safe and the economy going during the pandemic.

“They deserve the best that we can give them,” Kenney said at a virtual news conference Wednesday.

“No matter what, we’ve got your back right to the end of this difficult time.”

But Kenney also said his government will continue to push for salary cuts for many of those same public-sector workers during upcoming contract bargaining.

The workers are more generously compensated in Alberta compared with similar jurisdictions, he said, and the province needs to find ways to balance the books, given a $21-billion budget deficit.

“This is a one-time payment, a bonus of sorts, to recognize a one-time circumstance."

The money is part of a cost-shared $4-billion deal between the federal government and the provinces struck last May. Ottawa puts in $3 for every $1 spent by the province. Alberta is contributing $118 million to the cheque program.

It's on top of $32 million allocated earlier for staff in long-term care homes and designated supportive living facilities.

The money will be automatically dispatched to public-sector workers. Those in the private sector will have to apply online.

Private-sector employees will have to make $25 an hour or less to qualify and must have worked a minimum of 300 hours between mid-October and Jan. 31.

The Opposition and unions have criticized Kenney's United Conservative government for its slow response in applying for the money and accused it of having to be publicly shamed into signing on.

“After dragging his feet for months, (Kenney) is giving (himself) a pat on the back,” said NDP labour critic Christina Gray.

“Now, finally, the UCP have extended their hands, full of federal dollars, as a thank you to front-line workers.

“But we cannot ignore that with the other hand they’re reaching into those same workers’ pockets with the threat of big cuts to their household income in the months and years to come.”

Gray said the delay cost not only the workers but an economy that desperately needed a boost during the height of the pandemic’s second wave late last year.

The province tried to keep as many businesses open as possible, and was heavily criticized in December for waiting too long to bring back restrictions as infection rates soared. New cases topped 1,800 a day and more than 800 people with COVID-19 were hospitalized.

Cases have tailed off markedly but limits remain on the economy.

As of Monday, restaurants were allowed to reopen with restrictions. Many businesses are operating at a reduced capacity, but museums, casinos and bingo halls remain shuttered.

This report by The Canadian Press was first published Feb. 10, 2021.