TORONTO — Netflix plans to open an office in Canada in what the streaming giant calls "a big first step" toward content creation in this country.
Feb 11, 2021 11:19 AM By: The Canadian Press 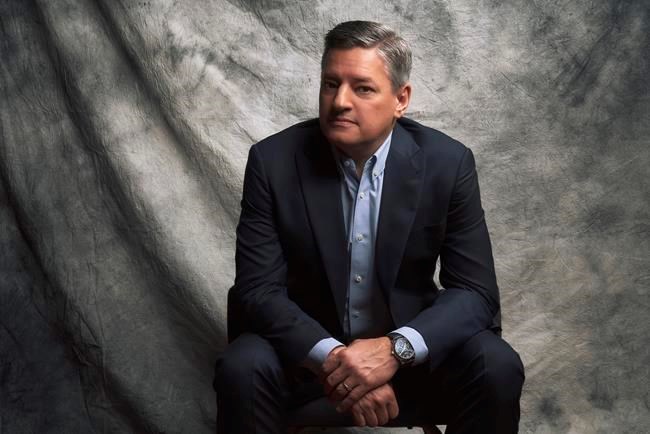 TORONTO — Netflix plans to open an office in Canada in what the streaming giant calls "a big first step" toward content creation in this country.

But they're thinking of Toronto and Vancouver, since the company has so much production happening in both markets.

Two years ago, Netflix announced plans to set up a production hub in Toronto by leasing two studio spaces along the downtown industrial waterfront area.

Sarandos says adding an office in Canada will allow Netflix executives to be closer to Canadian creators, so they can build relationships and field pitches.

He adds that Netflix executives will also be able to be more on the ground here and "can keep their fingers on the pulse of what's happening in the creative community in Canada."

"You should think about this as a big first step," Sarandos said in an interview from Montecito, Calif.

"We're not just going to put one person in a little office in one city, in one place in Canada. We're looking to grow our relationship with the creative community in Canada. So that'll be as open geographically as Canada is."

Netflix has 21 offices around the world, including Amsterdam and Rome.

For the Canadian location, the company is in the process of hiring a local content executive and hopes to introduce that person "very soon," said Sarandos.

The content executive will be a point person to guide creatives through Netflix while trying to get their programming in a variety of genres onto the service, whether it be in English or French.

"It's someone who will have a very close relationship with the creative community, and be a good shepherd and a good ambassador, and help to develop programming from Canada for the world on Netflix," Sarandos said.

The company also plans to expand the Canadian office staff base to include such departments as marketing and publicity.

"So this is kind of the ongoing evolution of a deep and deepening relationship in Canada," he said.

Sarandos said since 2017, Netflix has spent C$2.5 billion on production in Canada, on titles including the Toronto-shot "The Umbrella Academy" and the new Vancouver-filmed series "Firefly Lane," which is currently their No. 1 show in the world.

Other Netflix programming shot in Canada includes "Virgin River" in British Columbia, "The Adam Project" in Vancouver and "Locke & Key" in Toronto.

Quebec is also an important centre of Netflix investment for VFX and animation, and the company intends to continue that presence, Sarandos said. The company will also continue to help develop underrepresented voices in Canada, he added, noting Netflix's partnerships with groups including imagineNATIVE, the Indigenous Screen Office, and Wapikoni Mobile.

Canada is "an important part of our production ecosystem" with "world-class crews," he said.

"The density of talent in Canada is remarkable, and we've found that everywhere we shoot in Canada."

In 2017, Netflix pledged to spend $500 million to fund original content made in Canada over five years, and has already met that target.

Asked if Canada might see a similar commitment from Netflix next year, when that five-year date expires, Sarandos said: "We're in this for the long haul with Canada."

Sarandos pointed to homegrown content produced by Netflix, including the B.C.-made Canadian-American animated film "The Willoughbys" and documentary series "Rust Valley Restorers," and two Quebec-shot projects -- the film "The Decline" and the series "Can You Hear Me?"

Then there are Canadian-made shows that have been vaulted to international fame by their presence on Netflix, from "Schitt's Creek" to "Kim's Convenience," he added.

He said Netflix also recently held a virtual Canadian pitch day between creators and executives, which yielded more than 10,000 submissions from across the country. Netflix also plans to do a French pitch day in the near future.

Until now, streaming platforms like Netflix have been exempt from Canada's Broadcasting Act, which sets regulations for the amount of money contributed to the creation of Canadian content in Canada and how much of it should be aired here.

But proposed changes to the act through Bill C-10, which was introduced in November and is now before the House of Commons, could mean those streaming platforms have to face the same regulations as traditional broadcasters.

Sarandos said Netflix loves "the kind of flexible nature of the bill as proposed," and doesn't think it should face the same spending requirements broadcasters face.

"We spend all of our programming dollars on filmed entertainment. And it's the nature of live linear television versus on-demand television. They're very, very different. And I do think that those types of quotas often cut against consumer desire. We're a company that has had great success by focusing on consumers' desire -- consumers in Canada and consumers around the world."

This report by The Canadian Press was first published Feb. 11, 2021.