January marks a comeback blitz on streaming services as a heap of popular TV series mark their return with fresh seasons.
Jan 8, 2021 10:41 AM By: The Canadian Press 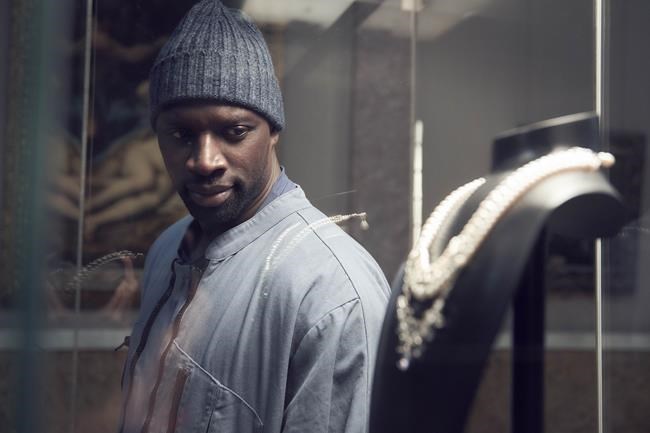 January marks a comeback blitz on streaming services as a heap of popular TV series mark their return with fresh seasons.

On Netflix, “The Simpsons” creator Matt Groening delivers the third part in his medieval animated comedy show “Disenchantment” (Jan. 15), while competition heats up with a new edition of Canadian-filmed glass-blowing reality series “Blown Away” (Jan. 22).

Here are some other standout titles headed to streaming in January:

A gentleman thief concocts a plan to avenge his father’s death by stealing a valuable necklace on the evening it’s to be auctioned. Borrowing from the pages of books featuring literary heist icon Arsene Lupin, he leads police on a mad chase through the streets of Paris. Directed in part by Louis Leterrier, known for bank heist blockbuster “Now You See Me,” this French-language suspense series is a nail-biting thrill ride with surprises at every turn. (Netflix, Part 1, Jan. 8)

Tiger Woods is the subject of a two-part HBO documentary that retraces the stunning peaks and valleys of his sports career, from his days as a wunderkind golfer to his personal troubles that landed him in the tabloids. Never-before-seen archival footage and interviews with an array of people who knew him, including his former caddy and the woman at the centre of his sex scandal, offer insight into the intense relationship Woods had with his father and how the machine of fame wreaked havoc on his life. (Crave/HBO, Jan. 10 – Part 1, Jan. 17 – Part 2)

“ONE NIGHT IN MIAMI”

Academy Award-winning actress Regina King slides into the director’s chair for a cinematic version of Kemp Powers’ acclaimed stage play. Taking place on a February night in 1964, the story imagines what might’ve happened in the hotel room where four Black icons gathered to celebrate the victory of Cassius Clay over heavyweight champion Sonny Liston. A powerhouse ensemble cast portrays Malcolm X, Jim Brown, Sam Cooke and Clay (who later changed his name to Muhammad Ali) as they reflect on race in America and look to a more hopeful future. Oscar prognosticators expect King could be among the best director contenders this year. (Amazon Prime Video, Jan. 15)

Winnipeg-born actress Anna Paquin steps into the role of Robyn, a take-no-prisoners public relations manager who’s built her reputation on digging famous people out of career-killing crises. Her job as a flack (the industry slang for a publicist) has given her much respect, even if her own life is spinning out of control due to her self-sabotaging ways. “Flack” earned cult fandom when it aired on U.S. cable channel Pop TV in 2019, but Amazon recently acquired the show and will roll out the second season later this year. (Amazon Prime Video, Jan. 22)

This report by The Canadian Press was first published Jan. 4, 2021.