Bell's decision to dump an all-sports format at three Canadian radio stations is likely all about profit, says one media industry expert.
Feb 9, 2021 2:07 PM By: The Canadian Press 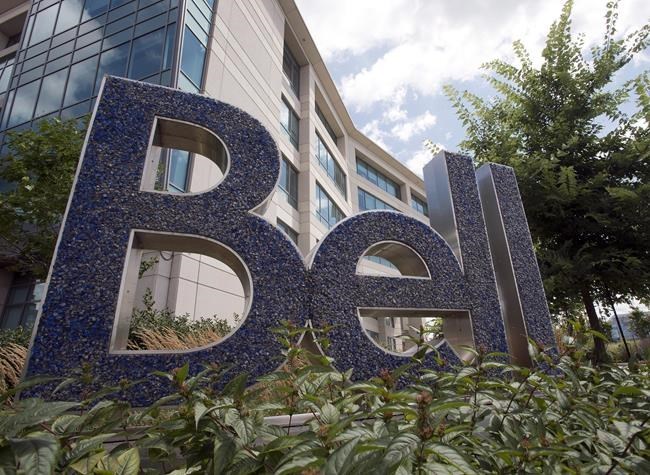 Bell's decision to dump an all-sports format at three Canadian radio stations is likely all about profit, says one media industry expert.

The company said on Tuesday that TSN 1040 AM in Vancouver, TSN 1290 AM in Winnipeg and TSN 1150 AM in Hamilton will no longer be all-sports stations.

“Bell is just doing what the corporation is mandated to do — maximizing its profit, focusing all its energies on its profitable operations. And that is not radio," said Dwayne Winseck, a professor at Carleton University's School of Journalism and Communication.

The ongoing COVID-19 pandemic has likely impacted Bell's revenues in "a significant way," he said, but the loss of advertising dollars doesn't tell the whole story.

“We have some significant turbulence here, but I think it’s a mistake to just look at these considerations," he said.

"I think what we really need to understand is that Bell is first and foremost a telephone company and internet access provider. It’s interested in providing the pipes. That accounts for the vast majority of its revenue.”

Marc Choma, Bell's director of communications, said in an email that the company is changing formats at the three stations "based on our successful approach in other markets."

"It was a difficult decision, but the realities of the quickly evolving broadcast media landscape in Canada have made this change unavoidable," read a statement posted on the Vancouver and Winnipeg stations' websites.

The Hamilton station has been rebranded as BNN Bloomberg Radio 1150 and will cover business, innovation, technology and sports.

New formats for the Vancouver and Winnipeg stations have not been announced and Bell has not said how many jobs were cut due to the format changes.

In Vancouver, the morning show cut away during a commercial break Tuesday before it was announced that the station would be “reprogrammed” as of Friday. The news was followed by Green Day’s “Good Riddance (Time of Your Life)” before the airwaves turned to music.

CJCL The Fan 1430 AM in Toronto became the first all-sports radio station in Canada in 1992, the year of the Blue Jays' first World Series title. Then owned by Telemedia, the station eventually moved down the dial to 590 AM and was purchased by Rogers in 2002.

Rogers also has all-sports radio stations in Vancouver and Calgary.

The Team 1200 AM launched in Ottawa in 1998 and was joined by CHUM Limited stations across the country as part of a short-lived sports network in 2001.

Bell debuted all-sports radio in 2011 by making 1050 AM, formerly part of The Team, a TSN Radio station.

Rogers and Bell are co-majority owners of Maple Leaf Sports and Entertainment, which owns Toronto's sports franchises in the NHL, NBA, CFL and MLS among other sports and entertainment properties.

"I was there on day (one) of TSN 1040 20 years ago," reporter Rick Dhaliwal said on Twitter Tuesday. "So many worked hard and built a special place for Vancouver which is sadly no more today. Many many special people worked at 1040.

"The city lost a jewel today."

Originally known as the TEAM 1040, the station rebranded under the TSN banner in 2014.

It aired Canucks games for more than a decade before losing the broadcast rights to Rogers in 2017. Rogers launched a Sportsnet station in Vancouver later that year.

In Winnipeg, TSN 1290 was the frequency hockey fans tuned to when the Jets came back to Manitoba in 2011.

After nine seasons, the Jets' broadcast rights were acquired by a Corus radio station in October.

"Much love and respect to the entire TSN1290 team and all involved with the Bell Winnipeg team," he said in a post. "We had a lot of fun. Doors close, doors open. Thank you to all of our listeners. It has been a pleasure to debate and discuss the teams and sports we so dearly love."

Hamilton's TSN 1150 became the city's first all-sports station when it came online in 2015.

Canadian football fans listened to hear Tiger-Cats games, and the station teamed up with TSN 1050 in Toronto to air Raptors action and select Leafs games.

The format changes come in the aftermath of layoffs by Bell across multiple platforms last week. TSN television reporters/anchors Dan O'Toole, Natasha Staniszewski and Brent Wallace wrote on social media they were among those to lose their jobs.