OTTAWA — Documents given to parliamentarians show federal officials audited at least 127 landlords who received aid through a program designed to ease rent costs for small businesses during the COVID-19 pandemic. That was the figure as of Dec.
Feb 8, 2021 4:54 PM By: The Canadian Press 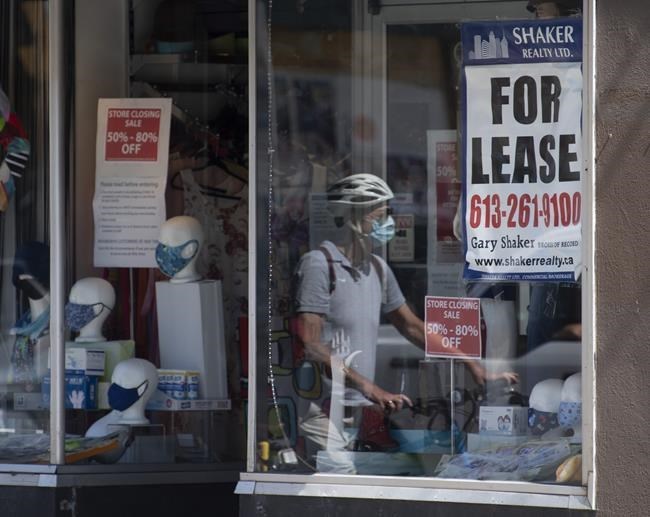 OTTAWA — Documents given to parliamentarians show federal officials audited at least 127 landlords who received aid through a program designed to ease rent costs for small businesses during the COVID-19 pandemic.

That was the figure as of Dec. 10, at which time the Canada Mortgage and Housing Corporation said just over one-quarter of those cases had been "resolved."

The federal housing agency didn't say how many more audits have been conducted since.

The CMHC said in a statement the reviews are being done as needed to make sure tenants benefited from the Liberals' first try at the commercial rent-relief program and that landlords complied with the terms of the program.

The original program provided landlords with forgivable loans that covered half of rent for eligible small businesses, but required property owners to waive a further one-quarter of what they were otherwise owed.

In the end, just over $2 billion in federal aid flowed through the program as many landlords didn't apply.

Federal figures tabled in the House of Commons show 51,404 distinct property-owners applied to the program, with some submitting requests for multiple properties.

The Liberals revamped the program because of the low take-up, allowing tenants to apply directly and creating a sliding scale of relief, based on revenue declines, of up to 65 per cent of rent or commercial mortgage interest.

The program now includes a lockdown top-up of an added 25 per cent for businesses ordered to close due to COVID-19 restrictions.

Since late September, there have been nearly 112,000 unique applicants for the program, amounting to $986.8 million in aid. Within that, 37,320 applicants received the lockdown top-up, which adds $127 million in spending for a grand total of over $1.1 billion.

A group representing thousands of small businesses across the country said the new version still isn't living up to expectations because it suffers from a lack of visibility and eligibility issues.

The Canadian Federation of Independent Business said only one-quarter of its members have used the revamped rent subsidy program, compared to two-thirds that have used a popular loan program that can be used for costs like rent.

President Dan Kelly said some small and medium-sized businesses that would be eligible for rent relief are likely avoiding it because of struggles with the first iteration of the program, or other issues they faced in applying for pandemic aid.

"A lot of business owners who are eligible for the program have just not yet applied, because they're unaware that there is substantive support available in a new program. So the visibility of it is, I think, one of the struggles."

He also said the association has raised concerns to the government that eligibility requirements may be excluding some businesses that own their own properties.

Often, a company like a restaurant or drycleaner will have a holding company that owns a property and to which it pays rent. Under the rent-relief program, that setup makes a business ineligible because the landlord isn't at arm's-length from the business owner.

Federal rules say that a holding company may be able to claim some expenses, such as property taxes and insurance.

The previous program had a fix for this potential issue that Kelly said could make either party eligible for relief.

A fix like that would likely need legislative approval.

A bill to enact aid measures from November's economic statement remains at second reading in the House of Commons. Bill C-14 would allow the government to put money into regional relief packages and create a top-up to child benefit payments.

Earlier Monday, Finance Minister Chrystia Freeland spoke with her U.K. counterpart in advance of a G7 meeting of finance ministers and central bankers.

"We remain committed to supporting people and small businesses so we can make it through this pandemic," Freeland said in a tweet.

This report by The Canadian Press was first published Feb. 8, 2021.